Bordyuzha said the sale of Russian weapons to Azerbaijan 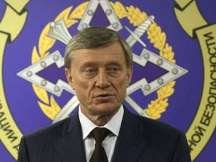 Russia sells weapons to Azerbaijan to meet parity with Armenia, said CSTO Secretary General Nikolay Bordyuzha said during a video bridge Moscow-Yerevan-Astana. Arms sales by the Russian producers is carried out in Azerbaijan by the decision of the Russian leadership, but taking into account the principle of parity. "While taking the decision to sell on selling is taken into account the factor of conservation of parity with Armenia," he said, commenting on the concerns of the Armenian side.

Armenia, as a full member of the CSTO, will receive help from allies on the organization in the event of a "negative development of the situation in their territories,"  Bordyuzha said, answering a question about the position of Azerbaijani journalist CSTO on the Karabakh settlement.

"As part of the settlement of the conflict created by international mechanisms, including the OSCE Minsk Group, which is engaged in a detailed study of issues to resolve the situation and find a mutually acceptable solution for all parties to the conflict. I am deeply convinced that the other institutions should not interfere in this issue," said Bordyuzha.

Commenting on the invitation of Armenian mass media of Azerbaijan in CSTO, Bordyuzha noted that he hears about it for the first time. "I never made such a claim, and have never read such an information in the Armenian media. However, if the Azerbaijani side expresses such a desire, we will discuss this issue with all members of the organization," said Bordyuzha.