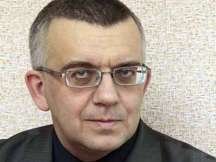 The  Russian-Azerbaijani relations are unlikely to undergo any changes during the crisis in the  Russian-Turkish relations. Official Baku,  despite the declared fraternal relations with Ankara, is demonstrating a balanced position. There is still a normal political dialogue between Baku and Moscow  that is increasingly expected to irritate Ankara, not the Kremlin.

Such an opinion in an interview with RIA-News  expressed the  Moscow political analyst Oleg Kuznetsov. His interview was published on  January 1, 2016,and  contains a number of important points that are blackmail by nature, and even overt pressure on Baku.

In particular, Kuznetsov suggests that Azerbaijan should join Russia and Iran on the issue of Syria crisis. According to him, the coalition in the face of Russia, Iran, Iraq and Syria is  the only real force that is able to conduct a full-scale war against LIH.

"Iran and Russia are two global neighbors of Azerbaijan, the total capacity of which leaves no chance to Turkey, even when it is supported by NATO. In the international politics a clever one  always plays on the strong side," said Kuznetsov.

He further calls on Baku not to "miss" in the issue of participation in the transit of goods between Russia and Iran after lifting sanctions against Tehran. "The question arises: how will be the transit of goods from Iran to Russia - through Azerbaijan or around its borders? Transit through the territory of Azerbaijan will bring significant financial flows, especially on the background of the necessary devaluation of the national currency. "

After the start of realization  of the trade corridor "North - South" between Russia and Iran, the Greater Caucasus will become the main transport artery. "In the Caucasus, there are two strategic ways - through Azerbaijan, today is the shortest and profitable. Second  through Karabakh - Armenia - Georgia - Abkhazia. And only on the goodwill of Baku will depend  via  which way the  Persian products will go to Russia and Europe. "

The trade route Tehran - Baku - Moscow  is fully equipped as a rail and road transport. The same can be said about the sea route: Anzali - Baku - Astrakhan - Moscow or Anzali-Baku-Astrakhan- the Black Sea.

If Baku does not agree to participate in transit, then, that "the main flow of goods from Central Asia and Iran  will go  not through Azerbaijan, but  through the "alternative" path through Karabakh - Armenia - Georgia - Abkhazia. It will only mean  only one thing: that Karabakh will never be Azerbaijani," said Kuznetsov.

Speaking about the prospects of Turkey's participation in the Karabakh settlement, Kuznetsov said that Ankara has been and remains a consistent supporter of a military solution to the conflict, and therefore all her attempts to intervene lead only to an escalation of the situation.

"Other members of the OSCE Minsk Group, including its Co-Chairs, actively promote  the  tension in the region," he said ,  and  continued  direct threats against Azerbaijan.

On December 27, CSTO Secretary General Nikolai Bordyuzha said that in  two years the Secretary General of the CSTO will be the representative of Armenia. "Azerbaijan and its allies have only  two years to return the occupied territories. After the representative of Armenia heads the CSTO, the country will become a testing ground for permanent maneuvers  of armed contingents of the member states, and the reintegration of Karabakh to Azerbaijan will postpone for  indefinitely. "

Therefore, Kuznetsov believes that Turkey will try to involve NATO in the Karabakh conflict. However, "yet  Russia is not ready to sacrifice the interests of Armenia," he added.

Finally, Kuznetsov, expressed his opinion that Ilham Aliyev has the political will to carry out economic reforms. At the same time, the West, on the basis of its geopolitical interests, will put pressure on Baku and Azerbaijan to counteract the association Moscow and Tehran.

"Today Azerbaijan is the subject of an active and focused psychological war with the West, the intensity of which will increase with the growth of the crisis in Europe itself. The EU countries will continue to follow in the wake of the American policy of "controlled chaos." They are trying to implement  such a policy in respect to Azerbaijan and Russia," said Kuznetsov.

These theses of the  Russian political scientist are  interesting for several reasons. The first is that they are remarkably similar to the  statements regularly heard  from Ramiz Mehdiyev, the head of the Presidential Administration of Azerbaijan. It seems that Kuznetsov is the scientific director of  Ramiz Enverovich.

The second reason is that these materials  with frank threats  have been published on the website Azerros.ru - belonging to the organization of the Azerbaijani Diaspora in Russia.