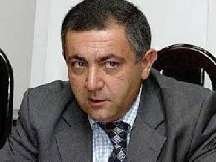 The agreements between the West and Iran on lifting sanctions against Tehran will have a serious impact on domestic and foreign policy of Iran, as well as neighboring countries, believes  the head of the analytical center "East-West" Arastun Orujlu. "Removing the sanctions will have a short-term and long-term impact. In the first case, the lifting of sanctions will lead to better relations with the West and to mitigate anti-Western criticism. This will inevitably cause the resistance of the reactionary religious forces in Iran, and the authorities will have to deal with them.

However, in the long term, positive from the lifting of sanctions will be great: Tehran has become more predictable, its interests and influence more adhered  and  tangible. In this sense, will strengthen the role  and impact and of the pro-Iranian forces in the neighboring countries, including Shiite circles in Azerbaijan," said Orujlu.

Removal of the sanctions and would have a great economic impact, because it will allow Tehran to carry out major projects with its neighbors, especially in the field of transport and energy.

"For Azerbaijan, it will be a key issue. At present, Baku enjoys that it has access to the Caspian Sea and Asia, and Iran cannot take advantage of this. Henceforth, the slogan "none of the project in the region can be implemented  without us - is not relevant,"  said Orujlu.

"But now Baku is doing everything to alienate the West, and for this it can be punished. The lifting of sanctions will make Tehran possible  participant in the  Southern Gas Corridor and a partner to bring Turkmen gas to Europe via Turkey.

In this case, the West will remember  Ilham Aliyev his words  on the impoverished and immoral Europe, bankrupt and hypocritical of the West ," the expert believes.

Connecting Iran to the  energy projects could radically change the geopolitical situation in the region. Even if the Trans-Caspian gas pipeline is built, it will not be the only option for shipments to Europe. This will mean a significant reduction in Europe's dependence on Russian gas, and the possibility for Moscow to make pressure  on the West, threatening the cessation of gas supplies, or arbitrarily raise its price.

Moreover, the Nabucco project is actualized, because the huge gas reserves of Iran and Iraq will make this mega-project is quite profitable.

Under  such  situation, ill-conceived anti-Western steps may  lead  to a deadlock, to a no-win situation when it willingly or unwillingly will  become a vassal of Russia, and will lose its geographical and geopolitical advantages, says Arastun Orujlu.

How the removal of sanctions from Iran will impact South Azerbaijan