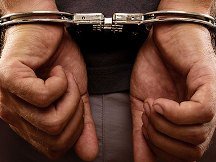 United States and European countries are getting ready for imposing sanctions against Azerbaijani officials, reports the head of the Institute for Cooperation with NATO Farrukh Mammadov who is in Germany, the Azerbaijani news portal "Haqqin.az" reads.
According to Farrukh Mammadov, the West has given time to the Azerbaijani government to release the political prisoners, and this time is already running out.
"The Azerbaijan government was given time to stop the repressions and to release all political prisoners. Though this time expires, the government is not taking any steps in this direction. Institute for Cooperation with NATO has already received advance information about the officials who fall under these sanctions," said Mammadov, while refusing to give more details.
On the eve the head of the international human rights organization Freedom House, David Kramer and ex-US ambassador to Azerbaijan Richard Kozlarich called on applying sanctions against Baku.
"Aliyev’s regime has imprisoned about a hundred political prisoners – this is more than in Belarus and Russia taken together. Azerbaijani authorities turn to harder methods of pressure on their critics. Statements of concern and criticism from Western and international officials and organizations are not heard in Baku. Even the recent criticism of President Obama on the situation of NGOs in Azerbaijan, had no effect. On the contrary, the Azerbaijani authorities plan to arrest journalist Khadija Ismailova. The best way to try to change the situation is using sanctions against Baku's pressure towards their own people," their statement reads.