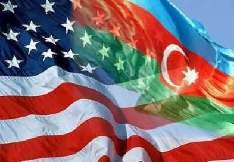 On Dec. 16, 2015, U.S. Representative Chris Smith introduced the legislation, titled theAzerbaijan Democracy Act of 2015 in the House of Representatives. The bill would deny U.S. visas to senior Azerbaijani officials due to Azerbaijan's "appalling human rights violations."

The legislation would deny entry to and revoke current U.S visas held by  individuals "in the senior leadership of the government of Azerbaijan," as well as members of their "immediate family."

In addition to denying U.S. visas to senior Azerbaijani government officials, individuals who derive "significant financial benefit" due to their ties to senior officials, as well as security, law enforcement, and judicial officials involved in "persecution or harassment" of journalists, activists, and opposition or religious groups would also face these sanctions.

On December 28, Azerbaijani president Ilham Aliyev signed a decree pardoning 210 prisoners.  Despite the hopes of many in Azerbaijan and abroad, none of the country’s more than 100 political prisoners were on the list. On the same day, prominent Azerbaijani journalist Rauf Mirkadirov was sentenced to six years in prison for espionage.

Considering the recent politically motivated arrests, no amnesty for political prisoners and continued human rights violations, the U.S. Congress must vote in favor of Azerbaijan Democracy Act of 2015.

We urge the U.S. Congress to support the "Azerbaijan Democracy Act of 2015" and pressure Azerbaijani government to immediately release political prisoners. Support the people of Azerbaijan in the struggle for free and democratic society.