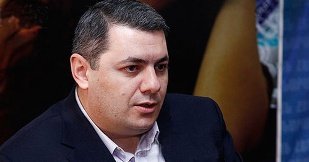 Russia is busy looking for options to resolve the Karabakh conflict; however, Russians will not ignore the interests of Armenia. This opinion has been expressed by Armenian political analysts.

According to political analyst Sergey Minasyan, Deputy Director of the Caucasus Institute, the details of the discussions of geopolitical and regional issues at the highest level have not been highlighted widely. The political analyst believes that Russia is looking for options for the resolution of the Karabakh conflict.

However, Sergey Minasyan doubts that Russia will put pressure on Armenia by proposing an option that will not be suitable for the Armenian side.

Political analyst Manvel Sarkisyan, Director of the Armenian Centre for National and Strategic Studies, agrees that Russia will not ignore the interests of Armenia in the resolution of the Karabakh conflict.

According to Manvel Sarkisyan, Russia becomes more interested in Azerbaijan, and the country takes certain steps in its direction: in particular, it supplies weapons to Azerbaijan. However, the political analyst believes that thereby Russia is trying to keep Azerbaijan in the wake of its policy. However, despite the supply of weapons to Azerbaijan, Russia will not find it possible to offer such a solution of the conflict, which would not take into account the interests of Armenia, the political analyst believes.