PACE Mission Calls for Equal Conditions for All Participants in Elections 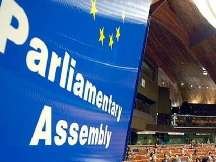 The pre-election mission of the PACE issued a statement on the visit to Azerbaijan on 21-22 September.

The PACE delegation welcomes the openness of the Azerbaijani authorities and their invitation to observe the electoral process for many international organizations, including OSCE ODIHR, the document says.

Leaders of Azerbaijan and the OSCE ODIHR could not agree on the number of observers, because of what the ODIHR refused to monitor.

"A large number of independent mission's interlocutors stressed that compared to the previous parliamentary elections, progress has been made and that the country should not be isolated."

The delegation also cites the CEC; so far no complaints have been reported to the CEC.

At the same time, representatives of non-parliamentary opposition stressed the importance of equality of opportunity for all candidates, particularly in the collection of signatures, to prevent the use of administrative resources in favor of the ruling party.

The Election Mission welcomes the fact that some of the major opposition parties have decided to cooperate in a political union to improve the chances for election.

Also during the meeting at the round table with a large number of NGOs, human rights defenders and civil society activists, the parties unanimously called for the direction of the PACE observation mission, "to move the process forward."

The Electoral Code provides for free airtime to all political parties on public television and radio and space in the state-funded print media. In this respect, the PACE delegation stresses the importance of ensuring freedom of expression and freedom of the media in order to ensure equal conditions for all participants, and full transparency of the electoral process.

"Representatives of the Azerbaijani authorities assured the delegation that all necessary measures will be taken to ensure the transparency of the electoral process, including during the voting and counting."