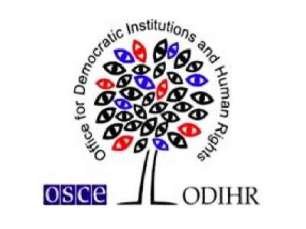 Office for Democratic Institutions and Human Rights (ODIHR) is politicizing the planned November 1 parliamentary elections in Azerbaijan, not having the authority. Such an accusation was made by the spokesman for the Azerbaijani Foreign Ministry Hikmat Hajiyev.

"As an executive body not having the powers or the mandate, the ODIHR has made a political decision. This suggests that the leadership of the ODIHR is under the influence of certain circles deliberately politicizing technical issue - the observation of elections," said the spokesman.

According to him, this is done with the aim to push "groundless accusations" against Azerbaijan after the elections.

However, in the case of non-participation in election monitoring, the ODIHR "would have no reason to express an opinion about the electoral process,” he said.

In conclusion, he said that the invitation extended earlier to the ODIHR to observe the elections remains in force.

In addition, the ODIHR motivated the refusal of official Baku with ignoring its previous recommendations.

"Limiting the number of observers would make the mission to effectively monitor the elections impossible," said the Director of the ODIHR Georg Link.

"The insistence of the Azerbaijani authorities on limiting the number of observers is contrary to the country's commitments under the OSCE and contrary to the mandate of the ODIHR Election Observation," he added.