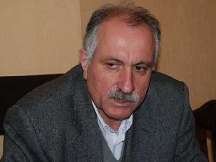 Tbilisi hosted the 12th South Caucasus media conference of the OSCE. Representatives of the three countries exchanged views on the issue of media freedom in the digital environment. In an interview with the Voice of America this was said by the Director of Turan IA Mehman Aliyev.

According to him, all the facts and arguments presented at the conference pointed out that the region’s leading state in the field of media freedom is Georgia.

In this country, there have been big positive changes. Freedom of speech is increasingly ensured and guaranteed.

Getting information is really not a big problem, and the safety of journalists is provided. In Georgia, there are no arrested journalists. Cooperation of the authorities with the press is quite constructive, and there is a possibility for the development of freedom of speech.

This is clearly seen on TV, electronic and print media. Although the economic potential of Georgia is weaker than that of Azerbaijan, in this country there are great achievements in the field of media.

In Azerbaijan 8 journalists and 5 bloggers are under arrest. Pressure on journalists is exerted constantly. Suffice it to recall the recent persecutions of journalists, who collaborated with Meydan TV, the death of the reporter Rasim Aliyev and others.

In Armenia, during the demonstrations due to the increase in electricity tariffs, 13 journalists were injured and subjected to physical violence. Their electronic media were confiscated and destroyed. The situation was soon corrected, but there are various forms of pressure, though not in a broad scope.

In Georgia, the situation in this area is good. The state, the government, the parliament, and the law enforcement agencies are making efforts to ensure that journalists work in security.

The conference also discussed the transition to digital TV. Incidentally, this issue has been discussed not for the first time, but for almost five years. Each of the three countries has already assumed obligations under the European Charter. To date in this area, Georgia again leads. In this country, the problem has actually been solved and 95% of the Georgian audience has access to digital broadcasting.

All conditions, including the allocation of funds for the provision of the population with digital decoders, have been fulfilled there. Georgia, we can say, is completing this process, and all corners of the country are provided with quality TV and the Internet, which is a great achievement.

In Azerbaijan, this process is weak. The country has almost 2.5 million families and each has at least one television set. Most of them are analog ones.

According to statistics, Azerbaijan so far has imported 55 thousand digital decoders and produced another 45 thousand. In July this year, the transition to digital broadcasting was to be completed, but that was not done.

In Armenia, the situation is similar. This country is also lagging behind in the transition to digital broadcasting, M. Aliyev said.