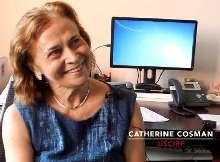 Azerbaijan recently announced promotion of religious tolerance as its state propaganda and allocated approximately $3m for this purpose, andanother $3m for restoration of religious and cultural monuments.

This comes at the time ofincreasing international concerns regarding worsening religious situation in the country, as it is one of 33 nations with serious religious tolerance violations, according to U.S. Commission on International Religious Freedom.

Slogans like ‘religious tolerance’ are fine, but what do they mean in practice?

Question: Azeri officials last week announced in Paristhat they ‘pay special attention to and care about’ different representatives of various religions in the country.

How would you describe that ‘special attention?’

Answer: Certainly, Azerbaijan pays a lot of attention to international opinion on its record on religious tolerance or freedom of religion or belief. Is was, for example, regarding to our reports -- everyone from Ambassador [to U.S. Elin] Suleymanov to the various Azerbaijani officials [that] we met when we were in Azerbaijan in late June–early July this year, it was very clear that they knew our reports very well. Of course, no government or official circles likes to have their record criticized. The question is what you do in response to the criticism.

I would sayAzerbaijan has developed a kind of elaborate series of responses to the criticism. The main one being that Azerbaijan has a strong tradition of religious tolerance. Certainly, if one looks at pre-Soviet Azerbaijan, it’s quite remarkable that, that government short life does it was, did in fact have a strong record of genuine secularism –in the good sense – of allowing the public role for religion, allowing equality for religious communities – be they Muslim, Christian, Jewish or others, and also incorporated various religious and ethnic minorities in the government.

Unfortunately, however, its more recent legislation, especially post 2009, has moved far away from that original pre-Soviet approach to religion…And the 2009 law, which we criticized that it was passed, represented a movement away from Soviet or post-Soviet Azerbaijan’s own record also, because before 2005registration of religious groups was optional.

Unfortunately, in the current religion law, unless to register you’re subject to various potential penalties, including large monetary fines, which for city people may not be so bad, but particularly, in rural areas where people don’t earn very much money, [it] can essentially wipe out a religious communities’ property, possessions and those of their pastors, or religious leaders…

If they are defined only on the local level then one can easily claim we have 500+ religious communities, but they’re tiny communities, which, according to the definition or requirements for registration, then they have to meet those…

Another question on registration is that the Committee on Religious Affairs says, that for example, Jehovah Witnesses, Baptists, have been registered. Yes, but they’ve not been re-registered and therefore some of their rights are restricted. And we’ve got complaints from a Baptist Pastor Zenchenko that indeed they try to re-register, they met all the legal requirements, and they were rejected…

So in other words, all I’m trying to say is that to use slogans like religious tolerance is fine, but what does it mean in practice.

A new religious model? What about international obligations?

Question: 632 religious communities were registered in Azerbaijan, according to the Committee on Religious Affairs. In the meantime, local media cite the Committee officials, as saying, the country ‘seeks to create’ religious model based on national spiritual values… What does that mean?

Answer: First of all, the international instruments,the UN instruments, Article 18 [of the Universal Declaration of Human Rights] provided a very good model, and Azerbaijan has signed on to that model. So, if developing your own traditions and your own standards is what the Azerbaijani government has in mind, I would question what has happened to following international commitments that it has freely signed on to?

That’s one thing. Another would be the issue that I’ve mentioned before, which is pre-Soviet independent Azerbaijan had a genuinely good record, and if the current religion and other laws were to be redrafted to reflect that history, then it would be a good thing. And it would represent step forward back to its old record.

Question: How many religious prisoners does Azerbaijan currently have?

Answer: It’s a difficult question to answer accurately, because unfortunately more people seem to be arrested, sentenced or their termsin pre-trial detention are increasingly added onto...

As of last late April, when we issued our report, we issued a list of 100 prisoners, who were included in the general list of political prisoners of whom about half were arrested for reasons relating to religious belief.

We also included in that list human rights activists who have in either publicized cases of religious believers, or undertaken legal defense.

Answer: Any particular community you mean?

Question: Most recently, a Salafi imam and 3 congregation members were imprisoned on charges of selling banned religious literature, according to a watchdog.

Answer: When it comes to requirements of government licenses for various kinds of religious texts and materials, Azerbaijan unfortunately has long been in a forefront in that regard.

I think to the point that even a stamp of approval by the Committee on Religious Affairs is required in religious materials.

There are some religious texts, which do not promote violence in any way, [that] have been officially banned in Azerbaijan, although, as I understand it, there don’t seem to be any official lists of banned materials, unlike in Russia or some Central Asia countries.

The Turkish Sufi writer Said Nursi’s works have been banned in Azerbaijan and probably some of these Sunni Muslims who have been imprisoned for distributing so-called ‘dangerous’ literature, were distributing or just reading the works of Said Nursi.

Muslim governments afraid of Islam, because…

Question: These all sound really surprising given high-level Azeri officials’ recent statements blaming the West for anti-Islam policy. Why would a Muslim Caucasus country restrict Islam in the first place?

Answer: In a Muslim majority countries Islam can serve as a possible alternative source for political power. And that’s I think exactly why Muslim governments often tend to be exactly the most repressive when it comes to Islam, because they fear it as a potential political source.

Question: Then why would countries like Azerbaijan accuse others of promoting anti-Islam policy, as if they themselves are defenders of Islam?

Question: How did officials in Baku reactto your concerns regarding the specific cases related to religious freedom?

Answer: When we raised specifically the cases of human rights defenders, who have been particularly active on defending the rights of believers, [the Azeri officials] merely referred to the fact that these people had been accused of financial crimes, sort of bureaucratic crimes -- including Rasul Jafarov who was convicted at that time -- and this was before the tragic sentence of Yunuses. We also raised their case, of course, and the only response was ‘why are you concerned with them as they’ve been accused of financial crimes.’

Question: Some pro-Azeri government lobbyists in Washington also raise similar questions against the USCIRF, accusing it of ‘getting confused about its mandate by supporting political cases.’ This was recently echoed by a Washington Times piecewhichwas supposedly authored by a lobbyist…

Answer: One issue that came up quite often in our official meetings was why we mentioned the fact that in Nakhchivan the situation for all religious communities is much more difficult than the other areas of Azerbaijan.

Also we noted that Nakhchivan is a traditional brood place for the political elite of Azerbaijan. They didn’t like either of those observations…

Question: Besides Nakhchivan, what other parts of the country are flashing due to their restrictions on religious minorities?

Answer: In Baku, it seems that there are now only three Sunni mosques that are still open. So it seems that Sunni community in Baku has been subject to particular repression. We even heard reports that some of the mosques were closed because visitors to the European games would not want to see bearded men walking around in the center of the town.

I should also say that we met with Ilgar Ibrahimoglu and he also discussed the case of his Shia community and the Shia-linked NGO that he formed, that they did recently sued at the European Court of Human Rights, which found that the Azerbaijani government clearly tries to exercise too much control over the activities of NGOs, and religiously-linked NGOs.

Question: The latest USCIRF statement on Azerbaijan also highlights journalist Khadija Ismayil’s case. Was the issue discussed with Azeri officials during your trip and if so, what was their reaction to it?

Answer: As far as I understand it, Khadija has made no secret of the fact that she is an atheist. But she also has spoken publicly in defense of the rights of those who were protesting what in fact is the hijab ban.

As we were told during out trip it does seem that there maybe some flexibility in this regard that enforcement of the school uniform requirement, which, in fact, eliminates hijab is now left up to school principals, rather than law enforcement agencies.

So, as a result, the hijab ban is not as strictly enforced in various parts of the country.

Question:  Some analysts worry that due to worsening authoritarian nature of the current regimes in the region the rebirth of Islam is likely happening and, in fact is accelerating the political trend. Do you have concerns about the rise of political Islam in Azerbaijan?

Answer: I don’t know… I do believe very strongly that the kinds of restrictions on public and private religious expression fill anger and frustration and [it] leads people to be more fundamental in their questioning of current version of secularism that exists in Azerbaijan today.

Question: Can Azerbaijan boost its international image as real religiously tolerant country, rather than spending millions of dollars for state propaganda? If so, how?

Answer: Two steps: First, release all prisoners of conscious who have not advocated or used violence.

And second, reform the religion law of 2009 along the lines of recommended by CoE Venice Commission, and the OSCE.