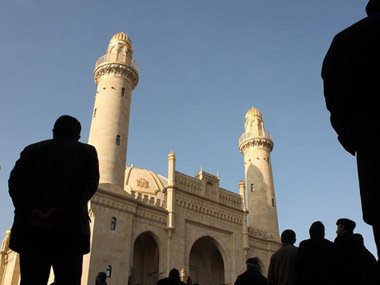 The State Committee for Work with Religious Organisations in Azerbaijan has announced that it will make a list of banned books public, but without giving a date for this, Felix Corley writes in the article published on an independent online newspaper Eurasia Review.

According to the article the international organization Forum 18 has been seeking – in vain – a copy of the list of religious books the State Committee has refused to give permission.

Orhan Ali, the State Committee spokesperson, told Forum 18 on 30 April it was still not possible to supply the list, but will be announced “in the near future.”

The official, who would not give his name, said that around 100 books will be included in the list. The official insisted that five key religious texts – including the Koran and the Bible – are not subject to compulsory censorship. But for other books, people must apply to the State Committee. He refused to explain why the request by the Baptists to import 3,500 Bibles had been rejected. They were allowed to import only 1,000.

“Jehovah’s Witnesses have repeatedly tried to challenge State Committee censorship of their religious publications in court, so far with no success,” the article reads.

Religious literature was seized from the Byakov family in September 2012 as they returned from Russia and was sent to the State Committee in Baku for “expert analysis”. They didn’t give any explanation and didn’t return the literature as well.

“Amendments to the Religion Law tightening controls over sale of religious materials – including literature – have entered into force,” the article reads. According to the amendments all religious materials, such as books, video and audiotapes, and discs should be specially marked by the State Committee to show they are allowed for sale in the country. It also requires that religious materials be sold only in specially designated shops. “In defiance of its binding international human rights commitments, Azerbaijan repeatedly increases punishment for exercising freedom of religion or belief,” the author writes.

The article reads that another tendency is noticed in Azerbaijan, Islam is considered higher than other religions like Christianity or Judaism in the textbooks. Yeni Nesil Journalists’ Union has expressed concern about this matter. Arif Aliev, head of the Yeni Nesil Journalists’ Union, told “Zerkalo” that which religion is more perfect or has been changed is a matter for theological discussion and such an issue should not be included in a 5th class school textbook.

The head of the Baptist Union, Ilya Zenchenko, told the paper that the comments represent “the exaltation of one religion and the denigration of another”. He said this was a matter for theological debate “and it is not necessary to drag school pupils into this discussion”.

Note that in the U.S. State Department report on "Freedom of religion" it says that despite of the fact that the Constitution of Azerbaijan provides freedom of religion, in practice, the laws and policies of the authorities restrict this freedom. In 2011, the Azerbaijani authorities carried out raids in some religious services, confiscated religious materials, and harassed and arrested members of Muslim and Christian communities.

In addition, religious groups face onerous demands by the government when registering. Registration process itself is a kind of lever that is used by the authorities of Azerbaijan against unwanted religious groups. The groups that operate without registration are harassed by the authorities, including fines and court cases which demand their closure, U.S. State Department report reads.

The International Organization for the protection of religious rights and freedoms "Forum 18" noted that Azerbaijani police regularly holds raids on the homes of religious people, and some Christian clergymen have even been imprisoned for their faith.