Azerbaijan is criticized for violating freedom of expression 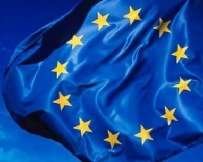 At a conference in Strasbourg, Azerbaijan, together with Turkey, Russia and Hungary was  named among countries where press freedom is seriously disturbed.  The conference which opened today  was organized by the Council of Europe, and is dedicated to freedom of expression.
Lawyer of the European Court of Human Rights Ganna Yudkivska mentioned in her speech the arrest of journalist Khadija Ismayilova. Nani Jansen from "Media Legal Defense Initiative" also drew attention to the case of Khadija Ismayilova. Noting that the journalist was arrested for investigation of corruption in the higher echelons of power."The prosecutor's office did not investigate the spread of the Internet frames her intimate life, and invasion of privacy. After she did not succumb to pressure and stigmatization, she was arrested on trumped-up charges. "Participating in the event a member of the Bar, Anar Baghirov, expressed dissatisfaction with the criticism and the frequent references to Azerbaijan in a negative light. He reiterated the known position of official Baku that the country provides for freedom of the press, that 70% of the population has access to the Internet. And journalists, according to Bagirov, was  prosecuted for specific criminal offenses.Deputy chairman of the Press Council Mushfig Aleskerli, expressed dissatisfaction with the frequent mentioning  Azerbaijan in a negative way. According to him, Azerbaijan enjoys criticism unilateral and biased information. The head of "Reporters without borders" Christoph Deluar saying that the Council of Europe to protect journalists noted the need for appointment of a special rapporteur on the protection of journalists.Other forum participants used the idea, noting that the criticism and monitoring in problem countries are not the indication of bias, and are aimed at study the problems of their resolution.