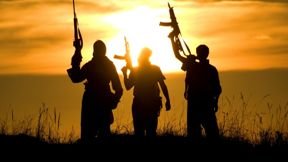 According to the report "Foreign Fighters. An Updated Assessment of the Flow of Foreign Fighters into Syria and Iraq" prepared by experts on security of the US "Soufan Group", the number of fighters of the "Islamic State" (IS) has reached 31,000. Meanwhile, during this period, the number of fighters, who are Russian citizens, has tripled and increased from 800 up to 2400.

Varvara Pakhomenko, an analyst for the International Crisis Group, believes that all the data on the number of fighters joining armed formations in Syria and Iraq are approximate figures. According to the analyst, the most important information presented in the report prepared by the "Soufan Group" is a reflection of the dynamics.

Varvara Pakhomenko has mentioned force pressure on dissidents among the factors contributing to the outflow of Russian young people into illegal armed formations (IAFs), operating in the territory of Syria.

According to the analyst, in particular, the outflow trend is observed in Dagestan. "Pressure on Islamists, seizure of mosques, and violent changes of imams in their mosques all that contributes to further radicalization," the expert notes.

The figures published in the report prepared by the "Soufan Group" cannot be verified. This opinion was expressed by Islamic scholar Alexei Malashenko, a member of the Scientific Council of the Moscow Carnegie Centre.

Alexei Malashenko admits the growing number of fighters joining the militants in Syria; however, he believes that the dynamics will depend on the success or defeat of the IS.

Azerbaijanis are hardened in Syria to be used in other conflicts