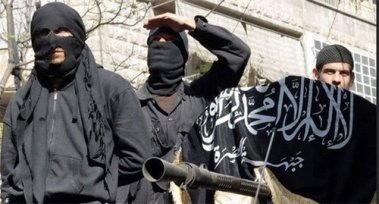 Almost 3500 Russian citizens left for Syria and Iraq to take part in the combat actions in the ranks of the terrorist organization "Islamic State" (IS), banned in Russia. This was reported by Vladimir Makarov, the deputy head of the Chief Department to Combat Extremism of the Russian Ministry of Internal Affairs (MIA).

"As at present, according to our operational information, 3417 Russian citizens left the country to take part in the combat operations on the territory of the ISIL activities, i.e., Iraq, Syria, and other countries. We initiate criminal proceedings against those persons. Some of them, who have returned to Russia, are already serving their sentences. We have registered all of the above persons," the "Interfax-AVN" quotes Vladimir Makarov as stating.

He has also emphasized that the situation in the Caucasus has stabilized, since the radicals left for Syria and Iraq.

"We have managed to prevent terror acts. Of course, this can be partly explained by the fact that some of those radicals left for Syria. However, if we talk about the situation in the Caucasus, it has become more stable," Vladimir Makarov has noted.