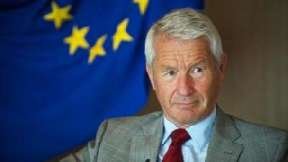 The Secretary General of the Council of Europe Thorbjorn Jagland starts a formal investigation concerning the compliance of Azerbaijan to the European Convention of human rights and freedoms. "The decisions of the European Court of Human Rights found arbitrary application of laws in Azerbaijan, in particular, in order to silence critical voices and restrict freedom of speech," said the Secretary General.

"Under this alarming situation, and given the absence of positive steps to remedy the situation, I will send representatives to Azerbaijan, so they claimed clarification from the authorities regarding the implementation of the country's Convention on Human Rights. I am particularly disturbed when people are deprived of their freedom because of the abuse of power law enforcement agencies. The European Court of Human Rights found it in the case of Ilgar Mamedov. This is a very serious violation of the Convention," said Jagland.

In May 2014, the European Court of Human Rights ruled that criminal charges against Ilgar Mamedov had no legal basis, and the true purpose of his deprivation of liberty was to silence him for criticizing the government.

Mamedov remains in prison despite repeated calls of the Secretary-General and the Committee of Ministers of the Council of Europe, which supervises the implementation of judgments of the Court for his immediate release.

According to Article 52 of the European Convention for Human Rights and Freedoms, the secretary general is entitled to investigate the performance of the local legislation with the requirements of the Convention. This provision of the Convention is rarely used. Jagland for the first time uses the Article 52. Earlier, Secretary General of the Council of Europe stated  the leaving their representative  the Joint Working Group on Human Rights in Azerbaijan.

Thorbj&#248;rn Jagland: Azerbaijan’s human rights are on a knife edge