What is the legal entity of public law? 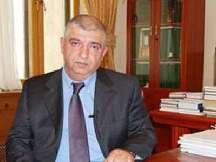 The introduction of the Azerbaijan Institute  "Legal person of public law" is related to the implementation of  functions important to the state and society, said the head of the department of legislation and legal examination of the country's Presidential Administration Shahin Aliyev, commenting on the adoption of the law "On public legal entities" by the  Parliament in December last year. In an  interview to Azertaj he said that in contrast to the usual legal person, legal entity of public law can never go bankrupt. Legal proceedings against him are possible only within the framework of administrative proceedings. Secondly, a legal entity of public law can have both free and paid services,  can be self-financing or funded from the budget.

Third, its employees can be civil servants, and the concluded  treaties can be not only  civil, but  administrative contracts, the same as are concluded by state authorities.

For legal entities of public law there are no restrictions that exist for ordinary  legal entity. Its direct founder is the state.

"If we look at the developed European countries, we can see that the state-owned kindergartens, schools, universities, hospitals and large corporations are  legal entities of public law. For example, in Germany and elsewhere in Western Europe railway corporations are legal entities of public law. They cannot go bankrupt, as transport of passengers within the country is of  vital nature and the railroad should work in any case,"  Aliyev said.

In Germany and France, the central banks also are legal entities of public law. The state body in no case  can extend credit and earn income from interest. Regarding the creation in Azerbaijan of the first legal person of public law - the Chamber of Financial Market Supervision,  its functions will be separated from the functions of the Azerbaijani Central Bank, which on one side is a regulator, and on the other the same player in the market, as well as commercial banks .

What does the Council of Europe expect from the project "Freedom of expression and media in Azerbaijan"?

Cossacks can act without police