Iranian radio on tortures of believers in Azerbaijani prisons 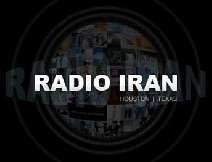 On the eve of the visit of the  President Ilham Aliyev to Iran, scheduled for the end of February, 11 February,  the Iranian radio broadcast  a critical report on the torture of believers in Azerbaijan's prisons. Prison guards continue to torture prisoners believers, reported Radio IRIB. So, the relatives and the lawyer  of Thale Bagirzade, the leader of the Movement of Islamic Unity, protested that he was being tortured. Internet portal "Islam-Azari" refers to his Elshan, the brother of  Bagirzade Thale, claiming that Thale is  daily subjected to torture in the Office of the fight against organized crime. A lawyer of  Javad Javadov said that his client was tortured  in order to make him make confessions. The deputy chief of the Interior Ministry press service of Azerbaijan Ehsan Zahidov denied the allegations of torture Bagirzade, saying that interrogations are held in the framework of the law. Zahidov make statements  on the background of the fact that court hearing  in the case of  Thale Bagirzade was postponed because of  torture signs on his body. The believers are not allowed to make pray and fasting,  and prison guards punish them for it. The authorities in Baku think they can change the convictions of believers-prisoners by torturing them. But this  did not work.

Prior to that, the prison guards of the 11th and 12th  the colonies, as well as the Gobustan prison tortured Movsum Samedov, trying to make him ask for clemency President Aliyev, but could not break him. In addition to the prisoners, pressure  is made also on their families and relatives. However, the efforts of the officials of the prison system of Azerbaijan have failed. Believers – Muslims of Azerbaijan demand freedom, but Aliyev's regime prevents it by force.

If the Azerbaijani authorities with the same effort  try to liberate the territories occupied by Armenia,  they would  be able to return to their homes one million refugees, said  the report of  the Iranian radio. Today, more than 150 Islamic activists, including 18 members of the clergy, serve their prison sentence in Azerbaijani prisons on trumped up charges, IRIB reported.