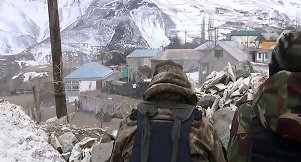 During the week from February 1 to February 7, 2016, in the course of the armed conflict in Northern Caucasus at least one person was killed. These are the results of the calculations run by the "Caucasian Knot" based on its own materials and information from other open sources.

The casualty is an alleged members of armed underground of Dagestan.

On February 4, in the highway Kizilyurt-Makhachkala, near the village of Komsomolskoe, Kizilyurt District of Dagestan, policemen tried to stop a car for inspection. In response to their demand to present documents, the driver opened fire on them. He was killed by return fire; later, he was identified as Gamzat Saigidov. Investigators believe that he was an accomplice of the members of the "Kizilyurt" militant grouping.

On February 4, the operative headquarters of Dagestan decided to cancel the counterterrorist operation (CTO) regime, introduced on January 30 in the territory of the Buynaksk, Karabudakhkent and Kumtorkalin Districts of Dagestan. Information on the outcome of the CTO was not received.

On February 5, in the Leninsky District of Grozny, a group of people captured a man and took him away to some unknown place. Eyewitnesses reported that three men captured a guy, who was walking down the street, pushed him into a black "Lada Priora" car left in the direction of the city centre. The spokesman of the Ministry of Internal Affairs (MIA) of Chechnya said that he does not possess any information about the incident.