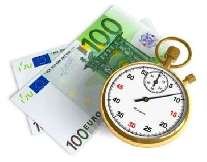 A group of prominent economists of Azerbaijan appealed to President Ilham Aliyev with a request to resolve the problem of foreign currency loans of the population.

"We believe that the problem can be solved on the basis of your political will," the authors note.

The problem of repayment of loans issued in foreign currency worsened markedly after the devaluation of the manat, which led to a twofold increase in the cost of credits in manat equivalent. This cheapening of the manat significantly outpaced the income growth, and the loan amount in manat terms increased almost twice. The borrowers are unable to repay foreign currency loans, as the current manat revenues do not allow this.

The study held by the authors of the letter shows that the majority of loans were received for the purchase of social housing and to deal with everyday needs. The difficult financial situation of citizens aggravated psychological problems and stresses. And today, this problem affects the interests of millions of citizens, and is directly related to social stability and national security.

The authors propose the state to compensate unconditionally the grown part of credits in manat terms after the devaluation of the manat, which will also lead to an increase in public confidence in the state and reduce losses.

The economists also put forward a number of proposals to ensure the stability of the financial and banking system:

1) adoption of the law on bankruptcy of physical persons. Azerbaijani law regulates only the inadequacy of existing facilities;

2) Establishment of the Central Credit Bureau - a public entity, whose founders may be the central bank, ASAN Service and the Chamber of Control. Creating the Credit Bureau will increase the rating of Azerbaijan in the report Doing Business;

3) Establishment of the financial ombudsman. Resolving financial disputes faced by citizens and institutions (banks and other institutions) can play an important role in solving problems and protect their interests;

4) Implementation of the Taksit payment system (payment in installments) popular in Turkey and other countries for the development of retail and consumer solutions problems of citizens, and the elimination of the system of illegal activities of investors in commercial facilities;

5) Strengthening measures to control pawnshops and leasing institutions. These institutions play a role in the formation of the citizens’ debts. It requires a serious institutional reform.

The signatories expressed willingness to discuss these proposals and to provide more comprehensive information to the relevant authorities.

The appeal was signed by 12 people:

1. Sabit Bagirov, Director of the Foundation for Assistance to Entrepreneurship and Market Economy

2. Fikret Yusifov, head of the Center for Economic Studies

4. Vugar Bayramov, head of the Center for Economic and Social Development

5. Eldar Gojayev, a lawyer, a specialist in commercial law

6. Sirus Abasbeyli, leader of the Public Association of Communications and IT Professionals

7. Ilkin Garayev, head of the Center for Development of Small and Medium Enterprises

8. Ghalib Togrul, Director of the Center for Economic Research

9. Azer Mehdiyev, head of the Public Association for Assistance to Economic Initiatives

10. Eyyub Huseynov, Chairman of the Union of Free Consumers

11. Abil Bayramov, head of the Public Association for Civil Society

What Is Behind New Scandal with Oligarchs?