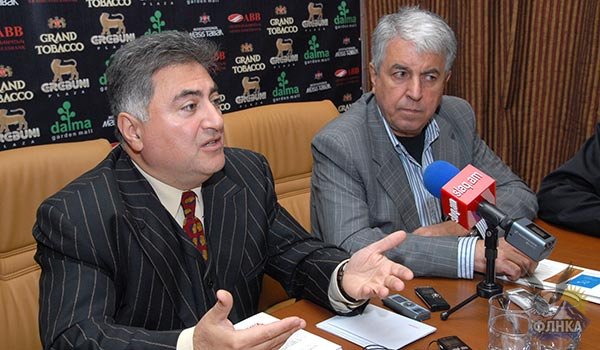 The Voice of Talyshstan radio designed for ethnic Talyshes that recently went on air with broadcasts organized from the Nagorno-Karabakh Republic’s town of Shushi has already drawn some angry reactions in Azerbaijan where the station has been accused of pursuing a political agenda.

Yet, the authors of the project say the radio broadcasts have no political context, but are of purely cultural significance.

The Voice of Talyshstan AM-9977 radio station is a joint project of the Caucasian Center for Iranian Studies and the Modus Vivendi non-governmental organization. Its operator is the Impulse Radio Company (News Radio FM106.5 in Yerevan). It has been on air already for 10 days with a three-hour-long daily transmission of programming solely concerning the culture and history of the Talysh people and available throughout Azerbaijan and beyond.

Professor Garnik Asatryan, who heads the Department of Iranian Studies at the Yerevan State University and is director of the Caucasian Center for Iranian Studies, told reporters on Friday that the establishment of a radio station broadcasting in Talyshi is also of great strategic importance to the Eurasian region.

An estimated 1.8 million ethnic Talyshes live in Azerbaijan today, being one of the major ethnic minority groups in this multiethnic country with an entire population estimated at over 9 million.

“A Talysh radio is not something that has come out of the blue, it is a result of hard work of many years and is at the same time a logical continuation of the humanistic thought and traditions of our people,” said Asatryan.

He said that despite attempts by government-controlled media and pundits in Azerbaijan to portray the radio as a political tool, the Voice of Talyshstan remains a purely cultural project.

“They even voiced accusations against neighboring Iran, but in response to such baseless accusations, the Iranian embassy in Azerbaijan fairly stated that Iran has nothing to do with this radio station,” said Asatryan.

According to him, short waves ensure coverage within thousands of kilometers and the radio has already received numerous positive responses from Baku, Tehran, Minsk, Moscow, etc.

Modus Vivendi center director and political scientist Ara Papian said that as a minority group Talyshes are subjected to discrimination and persecution in Azerbaijan and do not even have a radio station of their own.

“In general, it is important not only to develop relations with other states, but also with ethnic and religious minorities living in these states. Therefore, our friendly relations with the Talysh people that have a centuries-old history are very important for us,” said Papian.

Papian said the radio station is a private project, has no specific budget and its staff works on a voluntary basis. It is expected that the amount of the radio station’s broadcasts will increase in the future.