Ruslan Kurbanov: “Young believers turn into a serious force in the North Caucasus” 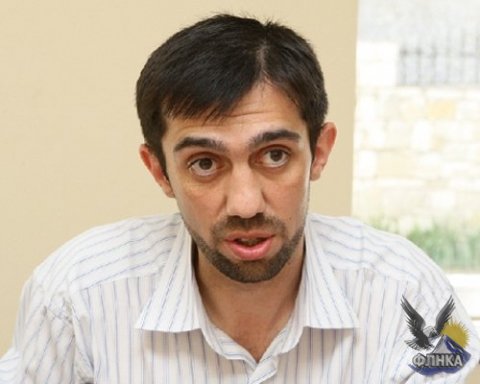 In recent times the Western media have more and more discussed that in Syria natives from the North Caucasus are fighting – former students of religious Middle East educational facilities or militants who participated in two Chechen campaigns. The situation is commented by the head of the Fund Altair Ruslan Kurbanov for Vestnik Kavkaza.

- How does the situation in Syria influence the North Caucasus?

- The problem of influence of the Syrian conflict on the Russian Caucasus is multi-sided. In fact the influence is taking place because thousands of Caucasus guys are connected directly with the Syrian Republic. They got an education there. They have been studying for years in Syrian cities, Syrian universities. So it is painful for them to see violence on the streets of Syrian cities and villages. Thus, various forms of participation of the young faithful people in the Caucasus develop. They write articles, support one of the sides or participate in military activities, if we speak about the radical part of young people fighting for the opposition. At the same time, some Muslims who studied in Syrian universities support the ruling regime.

I think direct influence of the Syrian conflict on the North Caucasus will improve parallel to worsening of the conflict itself. Today in Dagestan we can see meetings in favor of the Syrian opposition. These are first steps. If the number of victims surpasses 100 thousand people, how will faithful young people react at this? They turn into a serious socio-political force and the authorities of the Caucasian republics – Yunus-Bek Yevkurov and the former head of Dagestan Magomedsalam Magomedov. I think our authorities should pay as much attention to the problem as to settlement of the Syrian conflict.

- Do you have data on natives from the North Caucasus fighting in Syria?

- I think even competent bodies don’t know the exact number of Russian citizens which participate in the Syrian conflict. We can image their activeness and number due to video requests, videos which they download to social nets.

I think as far as the Syrian conflict will develop, the more Caucasian activists will participate in the Syrian military clashes because a lot of Caucasians participated in the conflict in Afghanistan and Yemen. Today all of them come to the Syrian territory. Their direct influence on the North Caucasus should concern not only the authorities and special services, but also our society because common people would suffer at first instance.

- When Ramazan Abdulatipov came in office, people of Dagestan began to note decisive steps on breaking the negative tendencies which have been formed in Dagestan. These attempts to fight corruption are real. Many heads of municipal districts were dismissed, those who were involved into corruption or have been taking their positions for too long. The elimination of these officials took place in all transport companies of Dagestan, including the airport. This is an attempt to involve young people, including those who got degree in Moscow, into management of key segments of the republic. However, before September when the future of Abdulatipov will be determined, he won’t do the most important thing which Dagestan needs to break negative tendencies: to consolidate the clashed political elite, all healthy social and political forces. He needs at least a year or a year and a half for this.

- What are Abdulatipov’s chances to stay in the republic?

- I think the Kremlin will support him. As for his chances for success, Dagestanis have missed a strong hand which is able to put everything in order and they will support him passionately, even more passionately than residents of Ingushetia supported Yunus-Bek Yevkurov when he came in office, because there is a great demand for putting everything in order in Dagestan. I hope consolidation of healthy social forces around Abdulatipov will influence the process positively, and we will see the result in September.

- Ingushetia has a similar situation. What do you think about Yevkurov’s chances?

- Yunus-Bek Yevkurov remains a devoted officer at the Russian political service. For him following Russian laws in the Republic of Ingushetia is the most important goal. He makes religious officials and alternative Muslim communities conduct negotiations because independent religious communities have a right for existence in the Russian Federation. His devotedness to Russian laws brings to positive results. He managed to reduce tension in the society of Ingushetia and people stopped killing each other only because they belonged to different social and religious groups.

The same approach should be useful for Dagestan as well. There is a unique situation in the regions of the Caucasus. Residents of the republics trust the federal authorities much more than the republican authorities. If they see the Kremlin’s support of their leader, they will support him as well.