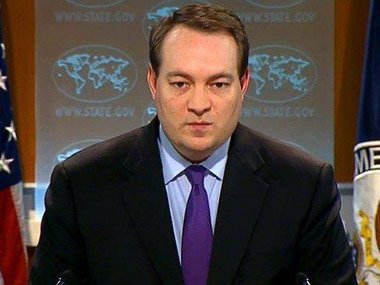 "We urge the government of Azerbaijan to meet its international obligations and to ensure the fundamental rights of citizens to freedom of assembly and expression without fear of arrest," the U.S. State Department spokesman Patrick Ventrella stated during a briefing, referring to the issue of closing of "Free Thought University" in Azerbaijan. The statement is available on the website of U.S. State Department.

Patrick Ventrella stated that this concern was clearly expressed by the U.S. Ambassador to Azerbaijan Richard Morningstar and quoted him as saying that "respect for peaceful protests, independent and transparent courts, and government engagement with citizens, especially its young citizens, to address their legitimate concerns are the best and most effective ways democratic governments can secure their fundamental stability."

In the evening on April 10 "Free Thought University" of Azerbaijan circulated a message in Facebook stating that its doors are sealed by the representatives of the Prosecutor General of Azerbaijan. On April 11, the U.S. Ambassador to Azerbaijan Richard Morningstar met with a group of representatives of the university: "I have been troubled by the government's reaction to protests this year, including the arrest and interrogation of youth active in protests and in civil society movements. I was particularly disappointed to hear that authorities closed Free Thought University's office just last night."