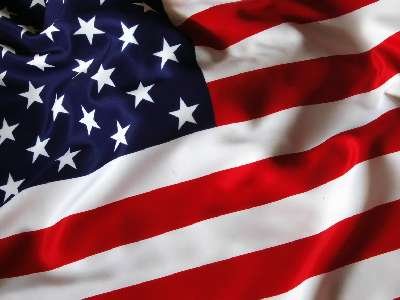 The US on Thursday expressed "grave concern" over the new amendments to the NGO law in Azerbaijan affecting NGO registration, fines, and funding," TURAN's Washington correspondent reports.

The statement on, "Troubling amendments to Azerbaijan NGO legislation while pressure on civil society and opposition activists continues", was delivered today by the US ambassador to OSCE Daniel Baer at the organization's Permanent Council, in Vienna.

The law, which further restricts NGO financing, was cleared by the Azerbaijani parliament later last year and has been approved by
President Ilham Aliyev, early this month.

According to the Ambassador Baer, "these amendments further restrict the space for a free and independent civil society and run counter to Azerbaijan's OSCE commitments."

"These troubling amendments come as pressure on civil society and opposition activists continues," he noted.

"We continue to closely monitor the investigation of Election Monitoring and Democracy Studies Center Chairman Anar Mammadli and the International Cooperation of Volunteers Public Union for alleged illegal business activities and tax evasion. We noted previously in
the Permanent Council our concerns that Mr. Mammadli's detention was related to his organization's election monitoring and reporting
activities," he said.

The US also continue to closely monitor and urge Azerbaijan to observe fair trial guarantees in the trials of Republican Alternative Movement Chairman Ilgar Mammadov and Musavat Party Deputy Chairman Tofig Yagublu, who were arrested for allegedly inciting the residents of Ismaiyilli to violent protest, as well as the trials of activists of the N!DA youth movement, who were arrested in connection with protests against non-combat deaths in the military.

"As we recently noted at the Permanent Council, we are also concerned about the arrest and subsequent conviction of Yadigar Sadiqov, a
political activist with the Musavat party who was arrested on charges of alleged hooliganism earlier this year," the Ambassador mentioned.

"We reiterate our calls to President Aliyev to request ODIHR and United Nations Special Rapporteur on the rights to freedom of peaceful
assembly and of association Maina Kiai to identify opportunities to ensure the amendments are in line with OSCE commitments and
Azerbaijan's international obligations. We encourage all OSCE participating States to reject restrictive laws that unduly limit the activities of their citizens and undermine their OSCE commitments," reads the statement.

For Amb. Baer, the foundation of a democratic state is respect for the rule of law, human rights, and fundamental freedoms, including the
freedoms of association, peaceful assembly, and expression.

US reacts to closure of OSCE office in Azerbaijan: "Deeply disappointing, no other way to put it."