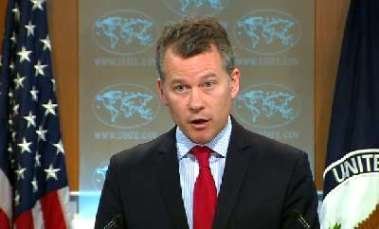 "The United States is deeply concerned by the incarceration of all of those detained in connection with exercising their fundamental freedoms, including journalist Khadija Ismayilova, and we have called for their release. We urge the Government of Azerbaijan to respect the universal rights of its citizens to ensure they are afforded all the fair trial guarantees to which all citizens are entitled and to allow them to freely express their views.” This was stated by the Department of State spokesman Jeff Rathke at a press briefing in Washington D.C. on May 5.

State Department: US alarmed Leyla Yunus in detention without access to medical care