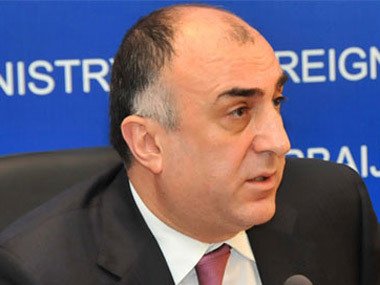 Visit of Foreign Minister of Azerbaijan Elmar Mammadyarov to Israel became a subject of various debates. According to the newspaper "Azadlig", Foreign Minister's visit to the country, where it does not have even an embassy, looks strange. There is no embassy because of the inexpediency regarding tensions between Iran and Israel. In addition, the head of the press service of the Foreign Ministry Elman Abdullayev in connection with the visit of Minister to Israel stated that no official documents will be signed.

According to the newspaper, Mammadyarov leaves for Israel because of the complicated relations between the West and the ruling regime in Azerbaijan. "The Azerbaijani authorities asked for help from Israel for alleviating the pressure of the West and ensuring the normalization of bilateral relations.

Especially after the statements pronounced on Baku by the representative of U.S. State Department Thomas Melia, the Azerbaijani authorities realized that they need Israel’s help. The statement of the Azerbaijani Foreign Ministry regarding the fact that Azerbaijan, as a member of the UN, is closely monitoring the developments in the Middle East and cannot remain indifferent serves for a diversion. However, experts believe that the visit may be unsuccessful, taking into consideration the revelatory articles about the ruling regime of Azerbaijan in leading Israeli mass media," Azadlig writes.