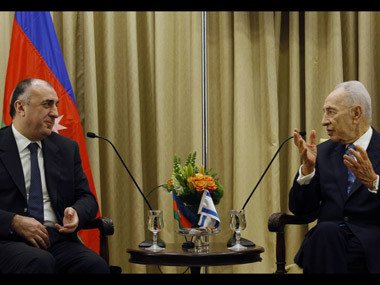 Mammadyarov said that his country, located between Russia and Iran, "is not in an easy neighborhood" and that Baku is looking forward to expanding its strategic ties with Israel.

Commenting on the Azerbaijani FM’s first official visit to Israel, the Iranian website’s analyst added, “Iran has always criticized the close relations between Israel and Azerbaijan. Israel has carried out spying missions against Iran from Azerbaijan’s territory for several times over the past years. Besides, recent reports said Israel could use Azerbaijan’s air space to strike Iran.”