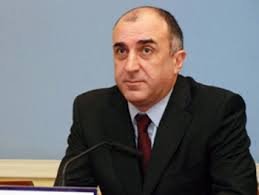 The minister described the role of Azerbaijan as a supplier of energy resources and its ties with Israel. The country has never been responsible for anti-Semitism and has a community of about 35,000 Jews.

Mammadyariv has recently visited Israel and Palestine and believes that its experience of co-existence of Islam, Christianity and Judaism allows it to play the role of an international connector in building peace between Israel and Palestinians.

The AJC Global Forum is held in the US annually. Over 60 countries attend it to discuss the Arab Spring, migration, integration and identity.