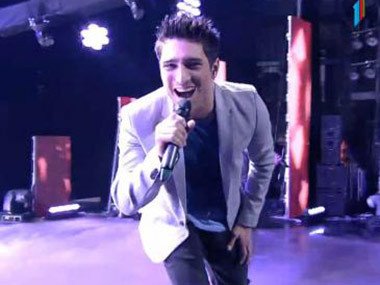 Azerbaijan in all countries carried out buying up of votes during the "Eurovision 2013" song contest, the "buyers" told to Lithuanian journalists who were carrying out their own investigation, writes the Lithuanian portal “15min.lt”.

As stated in the article, everything started on Saturday morning when some students turned to the editorial office and told an amazing story: Russian-speaking men approached them near the White Bridge in Vilnius and offered them to a work for money.

“The "work" turned out to be not dusty. It was required to vote for a specified artist in the evening at "Eurovision-2013" for many times. For this they would get 20 euro fee. The vote buyers have promised to provide them with sim cards the account od which was filled up in advance," the material says.

Students retold the story to “15min.lt” angrily, noting that that's the way how Russia retains its influence in Lithuania and the vision that everyone here supports Russia. Lithuania really was giving Russia rather high scores in recent years.

Journalists “15min.lt” pretended to be greedy citizens and went to meet the buyers up of votes. They had candid cameras and tape recorders with them. At the meeting it turned out that the students had mixed the country; the vote buying was being carried out not for Russia, but for Azerbaijan.

“15min.lt” says that the buyers-up came to the café, the appointment place, on time. In about ten minutes of conversation they managed to present the whole scheme, boasted that the buying up is carried out in nearly all countries and that no country wins the competition otherwise for a long time. They almost did not let the reporters to ask a single question.

"The groups have to be in different places of the city, for the operators not to have a suspicion that there is a mass voting for one of the performers from the same point," the buyers noted.

A man who introduced himself as Sergei said that their goal is to collect as many groups of ten people as possible. Groups should be in different places in the city, so that the operators did not have a suspicion that there is a mass voting for one of the participants from one and the same point. Each of the 10 people should have five phones. Those who agree to vote get sim cards with filled up account. They must vote as many times as possible in 15 minutes.

The buyers-up confessed that they had already gathered 8-10 such groups. "That, probably, meant that there were quite a lot of groups like this in Lithuania. Each group must have one supervisor, who was paying for the job; he just checks the number of sent messages and pays," stated the material.

Asked to prove that they will be paid, buyer-up smugly pulled out a thick wad of bank notes of five euros, adding that the payment may be done also in lits.

It is noted that all of this had already been worked out during the semi-finals. Three groups were working under the supervision of these specific buyers-up by that time.

A man told without any ceremony that in 15 countries there are such groups that are working on Azerbaijan. There is no other way to win the song contest, and that almost all the countries are doing the same way. When asked how much it cost to win the contest, the man laconically said, millions.

Journalists issued a video recording of the conversation with the buyers-up of votes for Azerbaijan.

It is noted that Lithuania gave 12 points to Azerbaijan at "Eurovision-2013" song contest.

Videographer votes in Azerbaijani Parliament instead of MPs