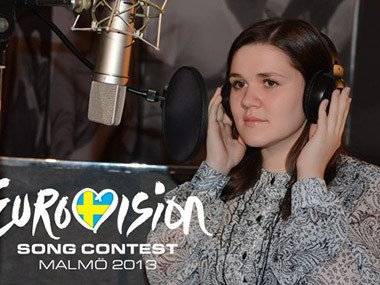 If we consider that all the mobile operators in Baku "respect" the authorities, and the voting process is under the control, and if we believe in the Lithuanian disclosure about vote buying up by Azerbaijan, then, according to this situation, the logic of events suggests that someone in Baku has impulsively commanded to " bring Russia down,’’ Azerbaijani news agency "Turan" writes.

"It is typical for the Azerbaijani policy to take impulsive and hasty decisions without rendering the consequences. This has become noticeable during the last year, after the politically failing in Eurovision-2012," reads the agency.

According to an article, the attempts to build bridges with the anti-US axis in the area of Moscow and Tehran, and, at the same time, the attempts to enlist the support of Washington –Tel-Aviv axis against the Russian-Iranian tandem also became scandalous failures of Aliyev administration.

As the authors note, that the withdrawal of the Russian radar Station from Gabala, reduction of purchases of gas from Azerbaijan, the termination of oil transportation, purchase of Israeli arms instead of Russian by Azerbaijan are in the logical chain. "This is just the obvious bunch of the set of problems existing between Baku and Moscow, not to mention the formation of the new Diaspora force in Russia, formed under the Kremlin's patronage, which has its vision on the destiny of the presidential elections in Azerbaijan," Turan reads.

The authors consider it improbable that Azerbaijan would bring a solid proof of "pro-Russian" vote.

"If there were any violations during the vote on the final of" Eurovision" then we would receive the signal so far. The Voting is conducted by our partner Digamo and is assessed by PriceWatersHouseCoopers Company. If there were any questions, we would have received a signal.

As far as we know, everything was smooth," the coordinator of the European Broadcasting Union's Eurovision Jarmo Siim said in an interview with “BBC-Azerbaijan.”

In fact, the agency notes, there was no prompt reaction on the result of votes on Azerbaijani side, except for the pro-government comments of Facebook activists, who tried to maliciously justify the "null vote." The reaction appeared only as a response to a perturbation of the Russian society.

"Probably, in the higher echelons of the power they realized that have gone too far with the hated Eurovision and the Kremlin.

Everything is mixed up in the Azerbaijani state both politics and the culture – a struggle of antipodes," the article says.

Jan Feddersen, the leading German expert on "Eurovision" song contest, said in an interview given to Deutsche Welle that is against of holding the competition in countries such as Azerbaijan, Ukraine and Russia. He said he was glad that Denmark won this year, because this is the Europe, where in theoretically and practically the highest standards of civil society operate, which cannot be said about Azerbaijan and Ukraine.

"I am very glad that these two countries did not win the contest. Of course, it should be admitted that performances of participants from Azerbaijan, Ukraine, as well as from Russia, who took the fifth place, meet the highest standards," he said. To his opinion, these countries should not be given another chance to hold the Eurovision again.

According to him, the European Broadcasting Union should give all countries the opportunity to participate in the competition, but this organization, as well as the Council of Europe, "should monitor the countries conducting the competition in order to detect whether the basic principles of human rights and democracy adopted on the continent have been preserved."

"The European Broadcasting Union should include in its charter an article providing penalties for the violation of democratic principles, even if some regard this amendment as discriminatory. However, the violation of such principles should not remain unpunished," he stressed.

To the question that, the European media were giving a detailed coverage of the political situation in Azerbaijan, when the "Eurovision" was held in Baku, the expert answered that "the debate on human rights in Azerbaijan was not fruitful."