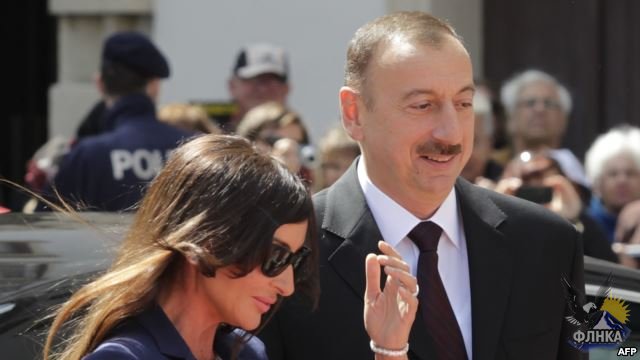 The ruling New Azerbaijan Party has nominated incumbent President Ilham Aliyev as its candidate to run in Azerbaijan's presidential election scheduled for October.

The party's Fifth Congress reelected Aliyev on June 7 as its chairman and elected Aliyev’s wife, Mehriban Aliyeva, as one of the party's four deputy chairpersons.

Aliyev, whose second term in office ends this year, has been running the country since October 2003.

He assumed power when the health of his predecessor and father, Heydar, deteriorated prior to his death in December of that year.

A constitutional amendment introduced in 2009 removed a two-term limit for holding the presidency.

Azerbaijan's opposition and human rights activists have accused Aliyev of nepotism, concentrating the country's wealth and resources in the hands of his family, and systematically abusing of the citizens' rights.