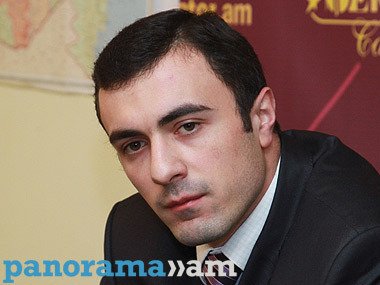 - What was the reaction of Azerbaijani media to Turkey events?

- In general, Azerbaijani media have reservedly reported on Turkey events. They have mainly covered the events without analysis. It is noteworthy that those newspapers which are considered to be pro-opposition have most actively covered Turkey events. In essence, the Azerbaijani authorities fear that the wave of protest can move from Turkey to Azerbaijan. This problem becomes topical on the threshold of the presidential elections in Azerbaijan. It is not accidental that Baku police dispersed all protests in support of Istanbul demonstrators.

- How can Turkey events influence the situation in Azerbaijan?

- In view of the fact that Azerbaijan is to hold presidential elections this year, the Azerbaijani authorities are seriously concerned about maintaining stability in the country. Indeed, according to WikiLeaks cables, Ilham Aliyev is not on good terms with Recep Tayyip Erdogan, but the wave of protest may have chain reaction and spread across Azerbaijan, therefore Baku cautiously follows Turkey events.

We must not forget that Ilham Aliyev faces the challenge of reelection, but there are many factors that could seriously destabilize the situation in the country and provoke protests of many thousands of people. In particular, Voice of Talishistan radio broadcasting from Shoushi has seriously consolidated the Talishes who can become a serious force in the country in the near future. Besides, it can become an example for the other indigenous peoples and Baku cannot disregard it. In view of these facts, we can establish that the ruling regime of Azerbaijan is seriously concerned and will further tighten control in the country in the near future to prevent recurrence of Turkey events in Azerbaijan.

Riot in Azerbaijan will be more dramatic than in Ukraine: Predicts ex-speaker Rasul Guliyev