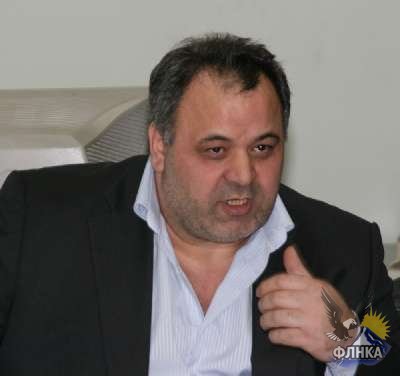 The situation around the upcoming presidential elections in Azerbaijan in an interview with Turan is analyzed by the former President of the Federal National Cultural Autonomy of Russian Azerbaijanis, businessman and confidant of the President of Russia, Soyun Sadykov.

Q: There is much talk about the aggravation of a sub fight in Azerbaijan. How serious is it?

Answer: The struggle of various groups striving for power, always escalates during the election period. Yes, and cronyism in the personnel policy is a phenomenon not exclusive, as clans in the supreme power exist in almost all the post-Soviet states.

The specifics of Azerbaijan is in the fact that various interest groups are behind the ruling couple. That is, Ilham and Mehriban Aliyevs have a good chance to lead the state, but each of them has a band of influence.

Q: So, the fight is over who will represent the Aliyevs in the elections?

A: We are witnessing attempts of the old ruling clan to prevent the strengthening of another clan, standing behind the President's wife. Although on the surface this is presented as a tactical move - Ilham Aliyev has been nominated, but if his election would be called into question, then the political arena will have the second figure in the ruling party - Mehriban Aliyeva.

Q: And these clans can not agree between themselves?

A: If they could, they would - if they decided about the citizens' welfare and development of the country, but when it comes to their personal well-being, it is much more difficult to make compromise. Therefore, the question is to prevent the destruction. At the same time, to put forward a strong candidate is also impossible.

Q: And how is it that the group behind Ilham Aliyev dictates?

Answer: This problem is quite deep. The Aliyev clan has maintained that position for more than 40 years. It began to take shape with the arrival of Heydar Aliyev to power in 1969, though in fact the clan of Heydar Aliyev did not begin to form immediately. The first time he tried not to show his affiliation to Nakhchivan, and attracted people mostly from the KGB to jobs. Since the late 80s, he began to actively promote Nakhchivan people in parallel with immigrants from Armenia. Therefore, the clan of Heydar Aliyev is not a family, or even a territorial clan, but a regional and political one.

However, in the 40 years it was not all rosy. In particular, in the 80-90s there was a serious pressure from Moscow.

In 1988, Gorbachev withdrew Baghirov (protege of Aliyev) from the post of First Secretary of the Central Committee and appointed Abdurrahman Vezirov - an opponent of Heydar Aliyev. However, he did not receive strong support, since it was based solely on the Karabakh elite that was not enough.

In addition, he began to actively oppose the representatives of Armenia and Nakhchivan, that is, against the supporters of Aliyev. It is inter-clan fighting in that period that led to a change of power in Azerbaijan.

Then the republic was headed by former Prime Minister Ayaz Mutalibov, who represented the Shirvan clan, but he did not have a strong clan support, and also could not count on a long-term policy in Azerbaijan.

Since 1990, the situation began to change in Baku, and in 1992, the Popular Front of Azerbaijan (PFA), headed by Abulfaz Elchibey came to power. In fact, the head of the Supreme Council of Nakhchivan, Heydar Aliyev helped Elchibey to come to power temporarily.

Since 1993. Heydar Aliyev and his inner circle had a strong position in the New Azerbaijan Party, which today pushes the son of Heydar Aliyev for a third presidential term.

Q: What is the influence of this clan?

Answer: The clan of Ilham Aliyev today has a major impact in the economy, but most importantly, Nakhchivan people control the private security business. And this is the real power. However, to say that the environment of Ilham Aliyev has unlimited influence in the country is not right today.

Moreover, Ilham Aliyev's clan in some areas is clearly pressed by the environment of the First Lady Mehriban Aliyeva.

It is believed that the environment of Mehriban Aliyeva includes mainly representatives of the Azerbaijani intelligentsia. Indeed, Nargiz Pashayeva - the sister of Mrs Aliyeva, heads the branch of Moscow State University in Azerbaijan, the First Lady's father Arif Pashayev is the Rector of the National Aviation Academy, an uncle of the First Lady Hafiz Pashayev (brother of Arif Pashayev) is the Deputy Minister of Foreign Affairs and for 13 years he was the ambassador of Azerbaijan to the United States .

Also the Pashayevs family has high credibility and influence in the fields of culture, tourism and sport in the education system. On the other hand, the influence of relatives of Mrs Aliyeva has recently intensified. The Pashayevs control the construction business, they have a significant influence in the financial and telecommunications industries. They control the State Customs, the Ministry of Taxes and other government agencies.

Q: And could that threaten the Nakhchivan group?

A: I think so. Mrs Aliyeva's environment will confront people from Nakhchivan, backed by armed groups registered as departmental guard units.

This clan is constantly fueled by government budget and is unlikely to oust themselves. Therefore, they will end up insisting that Ilham Aliyev participates in the elections, although the chances of Ilham Aliyeva are weaker than that of Mrs Aliyeva. It is clear that by the use of the administrative resource and its capabilities, the Aliyev clan will likely be able to bring Ilham Aliyev to power, and that it will have little support among the population, so it is only good for the current establishment of Azerbaijan. Through this they will be able to manipulate the President, strengthening their own position.

Q: And nothing depends on the people of Azerbaijan?

A: I just think it depends a lot on people, though it is clear that when we talk about the clans, that includes citizens who, for one reason or another vote for the nominees of this or that group. And it should be emphasized that in the eyes of the people Mehriban Aliyeva is more popular personality than her husband. On the other hand, on the political Olympus there are other notable figures such as Rustam Ibrahimbekov - candidate of the National Council. This is a competitive figure, a man who could very well unite all kinds of people who are tired of the ruling of almost the same people for so many years.

Perhaps the political struggle for the presidency in Azerbaijan will also receive other prominent figures, including those representing the opposition forces. Meanwhile, we can only say one thing - the elections in Azerbaijan will not be easy. And the people of Azerbaijan can decide whether they are honest and legitimate. Administrative resource is very serious, but not the only force. Decisive force must be the people's choice.