Arif Aliyev: There are 20 journalists in Azerbaijani jails 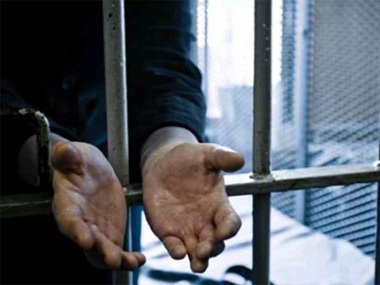 "It's hard to talk about the independence of the press on the background of the recent increase of arrests of Azerbaijani journalists. There are a number of serious problems in this area. The alread low level of media independence in the country is reducing day by day," told the head of the Azerbaijan Research Center of new generation of journalists, media expert Arif Aliyev to "Factheber" portal.

Arif Aliyev also noted that the reasons for the existing situation are the excessive limited financial resources and the monopoly of the advertising market in the media. "There are also serious problems with the arrest of journalists. Azerbaijan is one of the countries which has the highest number of imprisoned journalists in Europe. At the moment, there are 20 journalists that are in prison," he said.

The expert also expressed his attitude on the arrest of the employee of "Bizim Yol" ("Our Way") newspaper and the director of the site "Moderator.az" Parviz Gashimli.

"It is difficult to say anything about it at this moment, as we do not have serious facts. However, we were surprised by the way he was arrested. Why should the editorial office of the journalist, who is accused of attempting to smuggle weapons, be searched? How the smuggling is connected with his professional activity? The mass invasion of MNS to the journalist’s apartment and aggression towards other members of the media who attempted to get closer to his home, give rise to some questions and doubts about Parviz Gashimli’s arrest. The final decision will be announced after the disclosure of additional facts," said the head of the Research Center of the Azerbaijani journalists of new generation.

The employee of independent newspaper "Bizim Yol" (Our way) and director of the site “Moderator.az” Parviz Gashimli was arrested on 17 September 2013 Azerbaijan. Gashimli was detained at the editorial office of the site “Moderator.az” by the MNS officers. The MNS officers entered Gashimli’s private house in Baladzhary village and the editorial office of "Bizim Yol" newspaper at the same time. MNS officers "found" 30 grenades and a pistol in Gashimli’s house. Wife of the journalist noted that weapons were brought into the house by the MNS staff.