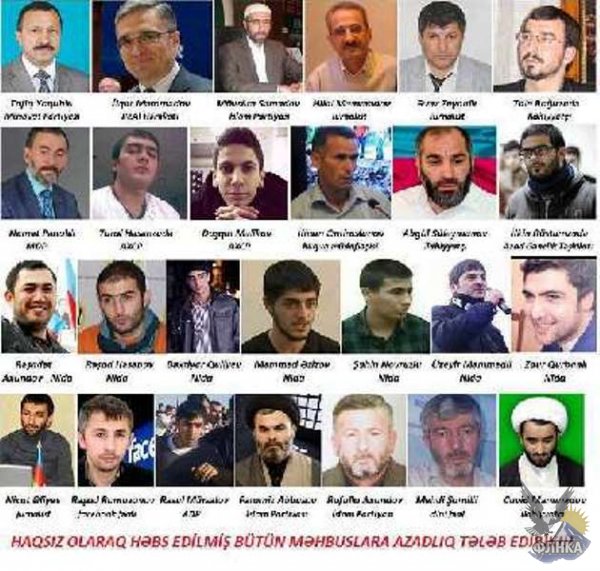 According to the report this year, totally in the world 211 journalists are under arrest.

Azerbaijan in this list is among the top ten (along with Eritrea, Vietnam. Syria, Ethiopia, Egypt and Uzbekistan) .

CPJ believes that the arrest of journalists for the fulfillment of their professional duties is unacceptable and is a major concern .

In Azerbaijan , according to the Institute for Media, 10 journalists and 3 bloggers are under arrest.

The Committee to Protect Journalists , with headquarters in New York, is an independent and non-profit structure for freedom of speech in the world.

The Committee to Protect Journalists: the 2014 year is the worst

Arif Aliyev: There are 20 journalists in Azerbaijani jails