European Voice: Crass stupidity or petty venality are the only plausible explanations EP choosing to go to Baku 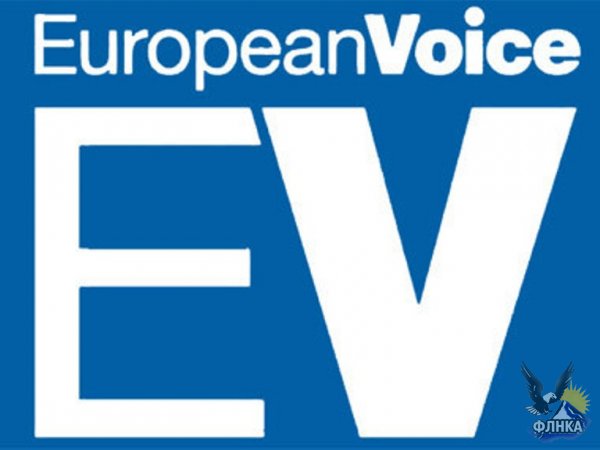 OSCE observed significant problems during the elections held in Azerbaijan, the observers of EP, however, reported that the elections have been free, fair and transparent. In this way the EP undermind its authority as a protector of democracy, the European Voice newspaper writes.

According to the article The OSCE found significant problems with every stage of the campaign, including intimidation of candidates and voters, the stuffing of ballot boxes, and intimidation of journalists. It assessed 58% of observed polling stations as bad or very bad. The OSCE said that Azerbaijan had failed to heed most of its earlier recommendations.

"The electoral observation mission had been controversial from the outset, with some political groups voicing fears that it might end up lending support to Aliyev,” the article says. European Voice has identified nine MEPs who went to Baku last week, missing all or parts of the plenary session in Strasbourg. Six of them assessed the election very favourably in their own name, in most cases to Azeri state-owned media.

"Crass stupidity or petty venality seem to be the only plausible explanations for a member of the European Parliament choosing to go to Baku as an unofficial observer of Azerbaijan's sham presidential election. There might be some high-minded MEP who would pay his or her own way, obtain unfettered access and report back to the Parliament and/or voters in enlightening terms. But we have yet to discover this rare breed of MEP and we are still waiting to read his or her report,” the article reads.

Instead, what we publish today is a list of MEPs who appear to have indulged in electoral tourism. For them, an election appears to be a pretext to take a flight to somewhere that they would not otherwise visit and to stay in a plush hotel at somebody else's expense.
"It might be funny if the regime in Azerbaijan did not have such a poor record in respecting human rights and democracy. Yes, this is a country that is blessed with a wealthy abundance of oil, but that does not mean members of the European Parliament should collude in cheapening the value of elections,” the authors note.

Thus according to the article Ivo Vajgl (Slovenia), Alexandra Thein (Germany) and Hannu Takkula (Finland), all from the liberal ALDE group, travelled at the expense of a German association, the Society for the Promotion of German-Azerbaijani Relations, which appears to be a thinly disguised front organization for Azeri government interests.

"Did these innocents genuinely believe that their quiescent presence at the elections would not be used in some way by President Ilham Aliev and his supporters? The milk-and-water report from their front organisation bears feeble testimony to the so-called independence of these MEPs,” European Voice says.

Estonian liberal MEP Kristiina Ojuland was quoted in the Azeri media praising the government, but refuses to say who paid for her trip.

"The official report from the official European Parliament delegation to the elections is embarrassing enough. But at least that delegation travelled in an official capacity at the European Union's expense. Those MEPs who went at the expense of others must explain themselves to their voters and do them the courtesy of clarifying how a trip to Azerbaijan was more important than attending the Parliament's plenary session,” the article reads.

The shambles over sham election observation comes, ironically enough, just seven months before the elections to the European Parliament. At those elections, Europe's cross-border political parties will be staking their claims to represent voters Europe-wide. Those MEPs who went to Azerbaijan should be held to account by their parties and their voters. Those who cannot explain themselves do not merit re-election. "Otherwise, European parliamentary democracy is little better than the Azeri version,” European Voice concludes.