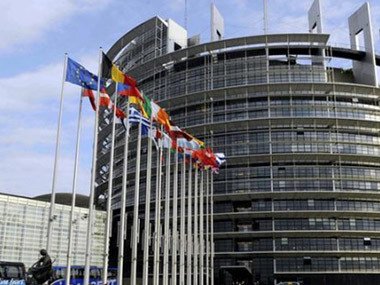 The European Parliament's ethics committee is set to censure a group of nine MEPs who, according to some data, accepted favors from Azerbaijan during an electoral observation mission in the presidential elections of Azerbaijan in October last year. It has been reported by the British website Euroactiv.com.

It is noted that the parlamentarians from Estonia, Poland, Bulgaria Czech Republic, Germany, Finland, Slovenia, Croatia and Great Britain under observation mission went to Azerbaijan in October.

"However, they "forgot" to tell Parliament that they had been invited by the Azeri government and did not declare the trip on their website, as required by the Assembly's new code of conduct,” the article reads.

Thus, taking into account all of this, it is expected that sanctions against those MEPs will be adopted.

As it is noted in the article, after their mission, the group produced a report describing the elections as "free and fair”. Embarrassingly, their assessment was radically different from the mission from the Organization for Security and Co-operation in Europe (OSCE), which found "serious problems” related to freedom of expression and assembly.

In a report published in November, the European Stability Initiative had already rung the alarm about the way the Azeri elections were being monitored more generally, as it is stated in the website.

The article as well notes that according to European Parliament's new code of conduct, adopted last July, any kind of present, invitation to a football game, show or trip must be mentioned on the lawmaker's website if its price exceeds €150.

Note that on 9 October presidential elections took place in Azerbaijan in which the incumbent president Ilham Aliyev won the elections with almost 85% of the vote, thereby taking the post for the third time. The head of National Council of Democratic Forces Jamil Hasanli was second after Aliyev with 5.5% of vote. The opposition declared that it wouldn’t accept the election results because the elections were totally violated by ballot-box staffing, "carousel” etc. OSCE Office for Democratic Institutions and Human Rights, U.S Department of State, The Ministry of Foreign Affairs of Britain and European Parliament called the elections undemocratic and inconsistent with OSCE standards.

European Voice: Crass stupidity or petty venality are the only plausible explanations EP choosing to go to Baku