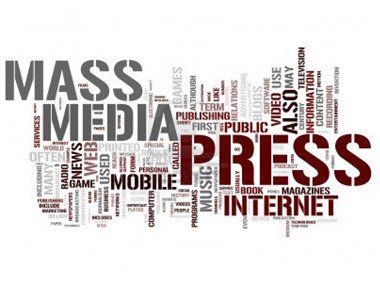 U.S. has irrefutable evidence that the PACE deputies who watched the presidential election on October 9 in Azerbaijan had been bribed, the portal "Minval" reports referring to "Yeni Musavat".
The article said that some of these materials, presumably, have been passed to the Azerbaijani opposition. It is reported that it was the U.S. intelligence agency that procured the evidence of bribery committed towards the members of PACE monitoring group, who were to observe the presidential elections in Azerbaijan on October 9.

According to the source, the "irrefutable evidence" mainly includes telephone talks of the MEPs. According to information, the U.S. intelligence agency had traced forthcoming agreement with PACE deputies before the election and took control over the telephone calls and Internet correspondence of the MEPs.

The report also says that the Azerbaijani authorities have authorized Elkhan Suleymanov, the chairman of the Azerbaijani delegation to Euronest PA and Vice-President of that structure to hold negotiations. They claim that the U.S. has received evidence that he had transferred emoluments of $50 thousand to a number of European parliamentarians through one of the legal consulting structures in Germany.

"Authorities of Azerbaijan have been told that this miserable information has been obtained," the publication states. It reads that thus a reasoned response was given to the accusation of the Azerbaijani authorities saying that allegedly "America keeps Europe under the pressure for the latter not to recognize the election results.”

"This is one of the reasons for the refusal of the government's intention to limit cooperation with European structures. The European Parliament will introduce the discussion of the results of the presidential elections in Azerbaijan in January 2014. If the claims prove to be serious, the decision will be based not on the opinion of the PACE deputies who had observed the elections, but on a completely different decision. And if the authorities fail to change situation in their favor, it will cause a very serious international scandal," concluded the source.

As stated in the article, Elkhan Suleymanov’s name was previously mentioned in other bribery cases referring to a number of MEPs. There are rumors that Suleymanov is one of the leading figures of "caviar diplomacy." Not so long ago, in a report of the influential European organization "European Stability Initiative," it was emphasized that caviar, silk carpets, gold and silver, as well as cash and money were presented to a group of deputies, Azerbaijan’s friends in PACE, when they had visited Baku.

On October 9 presidential election were held in Azerbaijan during which incumbent President Ilham Aliyev received 84.54% of votes. Jamil Hasanli, a single candidate from the opposition National Council of Democratic Forces, was on the second place. He scored 5.53% of the vote. The joint statement of the ODIHR / OSCE observation mission and the Parliamentary Assembly, noted that the presidential elections were held in Azerbaijan in terms of restriction of freedom of speech and assembly. In its turn, the Minister for European Affairs David Lidington stated that the British Foreign Ministry shares the OSCE / ODIHR’s opinion that the presidential elections held in Azerbaijan failed to meet the commitments with OSCE. Opinion of the OSCE and the United Kingdom are also divided the U.S. Department of State.

In its turn, the Minister for European Affairs David Lidington stated that the British Foreign Ministry shares the OSCE / ODIHR’s opinion that the presidential elections held in Azerbaijan failed to meet the commitments with OSCE. The UK and the U.S. State Department shared OSCE opinion.