Azerbaijan is not leaving Parliamentary Assembly of Euronest 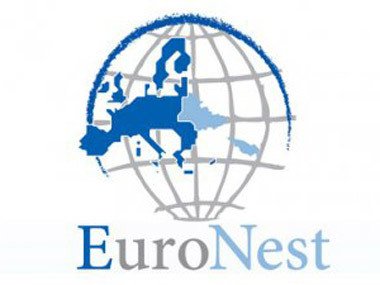 Elkhan Suleymanov the head of Azerbaijani delegation to the Parliamentary Assembly of Euronest is due to Kiev from 1 to 3 November in order to take part in the Bureau meeting of the mentioned institution, despite the claims that Azerbaijan is intended to suspend its membership to Euronest, the Azerbaijani news agency "Turan" writes.
"The agenda includes the results of the presidential elections held in Georgia and Azerbaijan, the action plan for 2014, the appointment of new co-reporters to organization’s member countries, etc. Suleymanov is intended to speak on these issues," writes the agency.

It is noteworthy that last week Suleymanov stated about the suspension of Azerbaijan's membership in the PA "Euronest" because of the "non-objective" assessment of European Parliament in connection with the presidential elections held in Azerbaijan, adds "Turan".

At the same time, the Azerbaijani news portal "Minval.az" reports that although it was expected that during the parliamentary session the issue of withdrawal of Azerbaijan from Euronest was to be raised, just the opposite happened.

"The MP Mubariz Gurbanli stressed that the presidential election is over, and there is no need to return to this issue. He also said that there is no reason to panic in connection with the decision of the European Parliament. Gurbanly also added that Azerbaijan is Euronest member and holds a special place in the process connected with the Eastern Partnership countries," the portal reports.

"We have to use the platforms of all organizations. We cannot accept a withdrawal proposal from any organization," Gurbanly stated.

He also criticized some of the MPs, without naming them. He noted that "some of them speak on the external political relations, stating that Azerbaijan should withdraw from some of the foreign organizations."

"It is not we who decides it is the responsibility of the President. We have to be very careful. Some issues related to the Euro-Nest are not in the powers of the parliament," said the MP. "Minval.az" believes that he was referring to Elkhan Suleymanov’s statement, but for some reason he refused to speak at the meeting of the parliament.