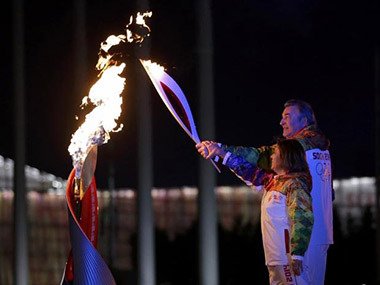 Irish Human rights organization Front Line Defenders launched an online and social media campaign today to focus attention on the plight of 12 human rights defenders from Eastern Europe and Central Asia coinciding with the launch of the Winter Olympics in Sochi, Russia, among whom is also included Anar Mamedly the head of the Election Monitoring and Democracy Studies Center.

It is noted that the launch of the campaign is coincided with the opening of the Olympic Winter Games in Sochi.

"The ‘Rights. Risks. Change!’ campaign calls on the public to take solidarity action to support these 12 defenders and to pressure local officials to respect the work of human rights defenders (HRDs). All 12 of the HRDs highlighted in the campaign have displayed great courage and integrity in their work on a range of human rights issues,” the FLD statement reads.

"With global attention focused on the incredible talent and commitment of athletes gathered from around the world these Winter Games, which are supposed to be conducted in a spirit of sportsmanship and fair play, Front Line Defenders draws attention to other heroes in our societies who work at great personal risk, against seemingly insurmountable odds to secure fundamental rights and freedoms for others,” announced Mary Lawlor, Executive Director of Front Line Defenders at the launch of the campaign.

On 9 of October Election Monitoring and Democracy Studies Center (EMDSC) implemented a monitoring of Azerbaijani presidential elections and recorded numerous law violations. In late October, the Azerbaijani Prosecutor General’s Office opened a criminal case and started investigations on EMDSC. In regard to this an alliance organization "European Platform for Democratic Elections” (EPDE) issued a statement which says that EPDE protests against the arbitrary and illegal prosecutions on EMDSC head Anar Mammadli. The alliance regrets for the measures the Azerbaijani government deploys against "independent, honest position of this organization in assessing the presidential elections in the country.”