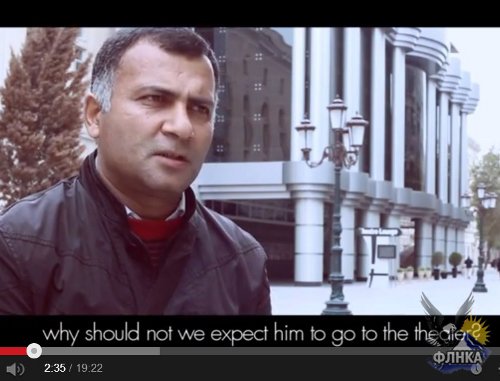 Today, in Baku, an event within the local human rights campaign "Arts for Democracy" was disrupted. This was reported by Rasul Djafarov, the coordinator of the campaign. According to him, viewing and discussion of the documentary film "Arts Need Democracy" failed because of cut off of electricity supply. The organizers of the event believe the incident had political background.

The "Caucasian Knot" has reported that the campaign "Arts for Democracy" was launched on December 10, 2012, on the International Human Rights Day. The campaign is organized by three Azerbaijani NGOs - the "Club of Human Rights", the Institute of Reporters' Freedom and Safety (IRFS), and the Centre for National and International Studies to promote democracy through various art forms.

The film "Arts Need Democracy" was to be shown at 10:00 a.m. at the "Park Inn" Hotel in Baku. However, several minutes prior to the film presentation, the electricity supply was cut off on the second floor of the hotel where the event was to take place. This was reported by Rasul Djafarov, the coordinator of the campaign "Arts for Democracy".

"The hotel administration has explained the accident by technical reasons. Then, we proposed to switch on our mobile generators. However, we were not allowed to do that. It is clear that the hotel managers did that for political reasons; and that they received instructions from the authorities," Rasul Djafarov believes.