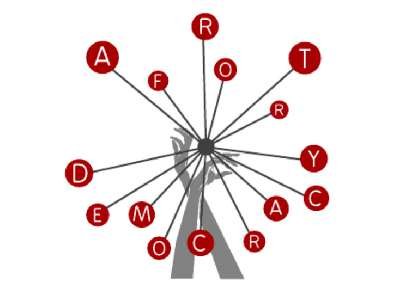 The hotel Central Park today refused advocacy campaign Art for Democracy to make a presentation of your site and the report entitled " Freedom of artistic expression in Azerbaijan : creativity under pressure ." Despite the fact that the organizers in advance of the presentation concluded the contract and paid the rent for half an hour before the event, the hotel administrator called the campaign coordinator Rasul Jafarov and said that "for technical reasons" the event is canceled.

Later at an internal meeting with the organizers the administrator said that representatives of the Ministry of Emergency Situations revealed some problems in the system of electricity and gas.

This man named Ruslan refused to comment to the press, saying that the event is canceled for "technical reasons."

Jafarov said that the event is disrupted by political motives and regarded it as a violation of freedom of expression and assembly.

However, he recalled that two weeks ago Grand Hotel also refused to provide conference rooms for the campaign at the very last moment.

Jafarov said that both hotels will be filed lawsuits.

According to Jafarov, in this case it is not only a violation of individual rights, but also the democratic freedom of expression under Article 10 of the European Convention on Human Rights. "Therefore, we intend to bring this matter to the European Court of Human Rights," said Jafarov .

He also said that the site http://www.artdemocracy.net, the presentation of which was supposed to lead, was subjected to massive attack and destroyed. Currently, measures are taken to restore the site.

In connection with the breakdown of the event the organizers in the street in front of the hotel extended report "Freedom of artistic expression in Azerbaijan: creativity under pressure."

The study provides an overview of the situation with the implementation of creative liberties since 2011.

It also notes that, despite the obligation of the authorities to provide creative freedom, they directly or indirectly limited it. Critical artists are put in unequal conditions with colleagues supporting the state.

The report provides specific facts of pressure on the arts and culture.

The rock singer Azer Jyrtdan emigrated from the country after his concerts were banned and he was subjected to surveillance by unknown persons.

The singer and an Iranian dissident Araz Elses also left Azerbaijan. His concerts were banned under pressure from the authorities in Tehran.

Rapper Jamal Ali emigrated from Azerbaijan after having spent 10 days in administrative detention, during which he was tortured. He was arrested for insulting statements against President Ilham Aliyev.

Was also forced to emigrate the former MP, composer Huseyn Abdullayev, the author of the popular music video Susma (Do Not Be Silent) containing a call to civic activity.

The report also indicates about the criminal case against the Union of Cinematographers and the threat of arrest of its leader, Rustam Ibrahimbekov, and the accountant Lala Efendiyeva.

The officials prohibited the book White Darkness by the poet Bakhtiyar Hidayat from the Gazakh region for criticizing the government.

The actor Ilgar Jahanghir was sacked from the Theater of Young Spectators for criticizing the lack of public concern about the theater and the appearance of ubiquitous portraits of President Ilham Aliyev in the theaters.

The rock band Tengri was not allowed to any concert halls due to performing songs on political topics, including the murder of the chief editor of the magazine Monitor, Elmar Huseynov, in March 2005.

The blogger Ilkin Rustamzadeh and the youth activist Bakhtiyar Guliyev were prosecuted on charges of hooliganism for a dance flash mob Harlem Shake. (Both young men were convicted in the case of NIDA activists).

The activists of the advocacy campaign were also subjected to pressure. Its Public Advocacy Director Rebecca Vincent was denied entry to Azerbaijan.

In conclusion, the report contains recommendations – to free Rustamzadeh and Guliyev, investigate the torture of the rapper Jamal Ali, stop the prosecution of Huseyn Abdullayev, Rustam Ibrahimbekov, and Lala Efendiyeva, provide conditions for the safe return of expatriate artists, stop dismissal of artists censored, respect international obligations in the field of creative freedom, etc.