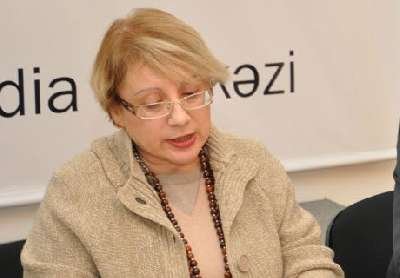 Authorities hamper the January 23 event held by the Institute for Peace and Democracy (IPD ), at which announcement of the list of political prisoners is planned. This was stated by the Director of IMD, Leyla Yunus .

IPD asked three hotels for a room for the event and chose the hotel Diplomat in the proposal of the most acceptable prices.

After receiving confirmation from the hotel management, IPD sent invitations to attend the event, including foreign embassies. 12 diplomatic missions expressed their willingness to participate in the event at the ambassadorial level.

However, on January 20, Yunus received a call from the hotel Diplomat that stated that the hall will not be granted to IPD. Yunus realized this as a designation received by the hotel from the authorities.

However, IPD has an insistent intention to hold the event and inform the local and foreign public about political prisoners , as well as about the unseemly role of the PACE rapporteurs Pedro Agramunt and Joseph Grech, playing up to the authorities.

It is because of this attitude of the speakers the number of political prisoners in Azerbaijan is growing.