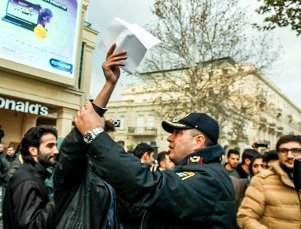 The participants of the Human Rights Forum held in Baku have called on the authorities to follow the guidelines set forth by the UN Committee on Human Rights and follow their international obligations in the field of democracy. The event was attended by human rights activists, members of journalists' unions, heads of independent and opposition media, as well as representatives of the embassies of several countries and offices of international organizations, the "Caucasian Knot" correspondent reports.
The forum was organized in the Baku Hotel Park Inn by the local Institute of Reporters' Freedom and Safety (IRFS) with the assistance of the International Media Support Organization and the British Embassy.

Opening the meeting, Emin Guseinov, the head of the IRFS, noted with regret that the Ombudsperson and officials from the presidential administration failed to appear at the event.

"Such position looks strange against the background of the call of President Ilham Aliev on the need for a dialogue with the opposition and civil society," Mekhman Aliev, Director of the "Turan" News Agency, told the "Caucasian Knot" correspondent.

In his view, "the absence of the authorities at the forum demonstrates their unpreparedness for the dialogue."