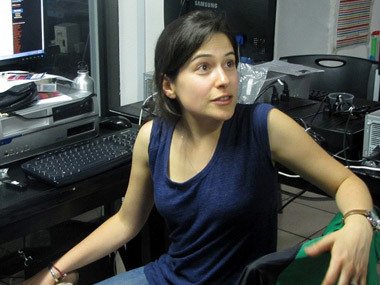 Journalist Arzu Geybulla has received a growing number of threats on social media following an interview with Azerbaijani news site modern.az, writes Aimee Hamilton in her article published on the site of the Index on Censorship.
As it is noted in the article Geybulla is being accused of treason by the Azerbaijani media. Despite calls from the European Parliament in September, Azerbaijan has still failed to release prominent political prisoners Leyla and Arif Yunus, Rasul Jafarov, Intigam Aliyev and Hasan Huseynli.
"Azerbaijan portrays itself internationally as a country that values human rights and respects the freedom of its citizens to express themselves. In reality, anyone who seeks to speak or act freely in Azerbaijan is targeted, imprisoned and harassed. The international community needs to take a far tougher stance on Azerbaijan to help defend its citizens,” Jodie Ginsberg, CEO of Index on Censorship, said. According to the Turkish newspaper "Agos", they are surprised that after the interview with the Azerbaijani portal "Modern.az” a lynching process started against their employee Arzu Geybullayeva who has Azerbaijani roots. Persecution began because of her allegations that the editorial staff, whom she works with and where a lot of Armenians work, treat her with respect. In this regard, Turkish correspondent of the newspaper "Agos" Fatih Gekha in his article "The attack on Azerbaijani correspondent of the "Agos" newspaper notes that the employee of «Modern.az» portal sets inflammatory questions such as "how one can work under the same roof with the enemy-Armenians."