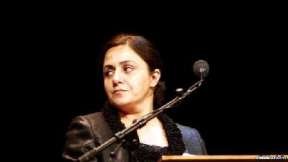 Twelve winners of the prestigious International Prize Rafto appealed to the Azerbaijani authorities to cease violations of human right activists Ilgar and Malahat Nasibovs in Nakhchivan.

It has been brought to our attention that  a journalist and human rights defender Ilgar Nasibov,  was attacked  on August 21 , 2014; his wife is Malahat  Nasibova,  Rafto Human Rights Laureate 2009.

Several men ransacked the office of the Democracy and NGO Development Resource Center of Nakhchivan, and attacked Ilgar Nasibov. He was beaten s and suffered a concussion loss; his cheekbones, nose and ribs were broken; and he temporarily lost the vision on one eye. After Nasibov received essential first aid at a local hospital, new threats caused Malahat Nasibova to move her husband elsewhere for security reasons. International human rights NGOs coordinated emergency medical treatment for Nasibov, but he is still in urgent need of medical expertise to secure his recovery.

In a particularly cynical twist on September 20th, Nasibov was charged with assaulting one of the men who attacked him. Due to this charge Ilgar Nasibov and his wife have received travel bans, and cannot leave Nakhchivan.

As Rafto laureates and human rights defenders we hereby declare our support to Malahat Nasibova and Ilgar Nasibov in their struggle for freedom and democracy in Azerbaijan, and call upon the Azerbaijani authorities to immediately

*ensure that Ilgar Nasibov is given immediate access to medical expertise and unobstructed passage to seek medical attention in Baku or abroad;

*lift the travel bans on Ilgar Nasibov and his wife Malahat Nasibov;

*waive the charges against Ilgar Nasibov;

*initiate an effective, impartial and transparent investigation of the brutal attack on Ilgar Nasibov capable of bringing those responsible to justice.

Nasibova and her family have for years been subjected to physical and psychological pressure because of their human rights work. The Resource Center is the only independent group in Nakhichevan, and is working on sensitive cases to restore justice to victims of human rights violations.

We remind the government of Azerbaijan about its international human rights obligations and call upon them to take effective measures to protect human rights defenders and allow them to conduct their human rights work without hindrance, as provided in the UN Declaration on Human Rights Defenders of 9 December 1998.

Among the signatories to the appeal is a  Nobel Peace Prize winner, Iranian human rights activist Shirin Ebadi.