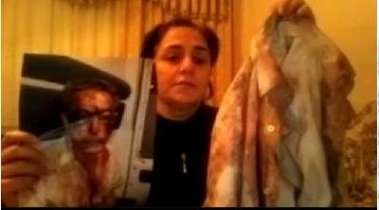 Trial in the case of an attack on human rights activist Ilgar Nasibov too place today in the Nakhchivan City Court. Nasibov was brutally beaten in the office of the Resource Center on August 21  by Askerov Farid and others. He suffered multiple fractures and injuries. Only two weeks later, the police filed a lawsuit  under an Article 127.1 (deliberate infliction of serious damage to health.)  Despite I.Nasibov was beaten by several persons involved in the investigation, only one - Farid Askerov  was brought to trial. But today in court Asgerov admitted his guilt, and repented of his deed, Turan was told by  Nasibov. Asgerov explained his actions by saying that he was drunk and did not control his actions. He said that he was ashamed, and the biggest punishment for him is that his father turned away from him.

Asgerov persistently asked for forgiveness, and said he refuses to counter complaints,  the consideration of which is scheduled for October 5th.

Nasibov said that the main culprits of the organization and execution of the attack left behind,  and Askerov was  brought to  this provocation as a "victim".  Taking into account that Asgarov’s father was a good friend with  Nasibova formany years,  the lawyer forgave him.

Taking it into account , the court decided to dismiss the criminal case and the removal from Asgarova a preventive measure - being under police surveillance. It is expected that tomorrow  a similar decision  will be taken by court on the complaint  Asgarov against Nasibov.

* Spouses and Ilgar and Malahat Nasibovs,  are engaged in active advocacy and journalistic activities in Nakhchivan. Local and international human rights organizations believe that the brutal beating  by I.Nasibov is due to  the fact that Nasibovs  for a long period  have been exposing flagrant violations of human rights and freedoms in Nakhchivan.