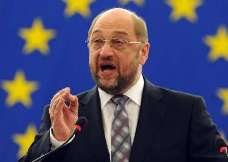 Ceremony of awarding Prize named after Sakharov in the sphere of human rights  took place on November  26 in Strasbourg at the European Parliament This prestigious award was given to Dr. Mukvege of Congo.

He further noted that the head of the Institute of Peace and Democracy Leyla Yunus has shown great courage, defending human rights in Azerbaijan.

"The European Parliament calls on the regime in Azerbaijan to immediately release this an innocent woman whose health is fading with every day."

He further expressed his indignation at the fact that the Azerbaijani authorities did not  allow the  delegation of the European Parliament to visit Yunus.

We have tried to send a parliamentary delegation to Azerbaijan to visit Ms Yunus in prison, thus far without success. It is unacceptable that the Azeri authorities should be continuing to deny us access to Ms Yunus.

These sharp expressions  by the head of the European Parliament once again angered the official Baku, who, represented by Novruz Mamedov, called statements  bySchultz anti-Azerbaijani, and presented himself as a political loser trying to remind himself  through such statements.

Novruz Mammadov  is  surprised that Schultz is silent on the events in Ferguson and in Brussels. "Let  him  deal with the problems of the European Union,"  Mammadov said haughtily.

Approximately the same comment made the representative of Azerbaijan Ministry of Foreign Affairs Hikmet Hajiyev, who said that the European Parliament did not appeal to Baku regarding  the visit of his mission.