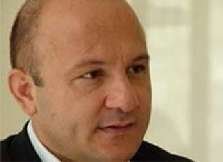 "The authoritarian regime of Azerbaijan does not let my mother out of the country without any reason," the Azeri businessman in political exile in Germany, Huseyn Abdullayev wrote on his Facebook.

He blamed all the possible consequences on the country's leadership. Despite this pressure, Abdullayev intends to continue the struggle against the "injustice and despotism" ruling in Azerbaijan. Abdullayev also urged the authorities to stop the campaign of blackening him.

It should be noted that recently the authorities demolished his two-floor house in the center of Baku without any explanation.

* Huseyn Abdullayev is a representative of the Nakhchivan clan, who actively participated in the rise of Heydar Aliyev to power in the early 90s. After 1993, he produced a significant financial benefit from the proximity to power, becoming the owner of a solid real estate and financial assets. Abdullayev was an influential man who decided not only financial but also personnel issues.

His relations with the authorities began to deteriorate after 2003. So, he was one of those, who financed the "opposition" publications that criticized the government and some state officials. At the same time, Abdullayev made no secret of his political ambitions. The patience of the authorities was exhausted after the fight committed by Abdullayev in the parliament in March 2007.

After that, he was taken away the parliamentary mandate and a criminal case was filed against him. After spending some time behind bars, Abdullayev left the country and received the status of political emigrant.

Periodically, he is remembered for his new songs calling for the overthrow of the ruling regime in Azerbaijan.

NGO Alliance Azerbaijan without Political Prisoners Does Not Believe Authorities