People in need: Black PR Tactics against Critics in Azerbaijan 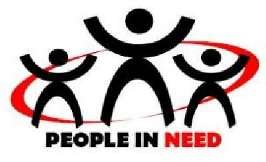 In recent days, some Azerbaijani media outlets have launched a black PR campaign against People in Need (PIN), labelling the organization as pro-Armenian.  The concerted media effort started after PIN presented an exhibition on political prisoners in Azerbaijan during Eastern Partnership Civil Society Forum in Batumi in late November.

"The accusations of being pro-Armenian are a common, old method used by Azerbaijani propaganda to brush off any criticism and to divert attention from the country’s disastrous human rights record.

PIN has been supporting Azerbaijan’s civil society since 2013. The Azerbaijani government launched an unprecedented crackdown on country’s civil society by introducing harsh NGO legislation and jailing human rights defenders over the past year. "Such an intense and focused crackdown has no compare in other Eastern Partnership countries recently. Not even in Belarus,” adds Šimon Pánek.

Established in 1992 in Prague as a non-governmental organization, PIN is based on the ideas of humanism, freedom, equality, and solidarity. The organization respects the territorial integrity of all internationally recognized states and operates in line with international norms. Having worked in numerous places afflicted by natural disasters and war-torn or conflict-stricken regions, the organization has never represented the position of any government. Protecting and standing for the rights of the people PIN assists on the ground has been the organization’s key guiding principle in all of its work around Europe, Asia, Africa or Latin America. Over two decades since its foundation, PIN has worked in about 60 countries around the globe in humanitarian and development aid or human rights and democracy assistance. The views of organization’s founders who have no role in PIN’s management today, do not reflect the official position, strategy or policies of the organization.

"I think the accusation of being pro-Armenian is absurd because we believe that supporting those who are working hard to make their government stick to the rule of law, respect human rights, hold the government accountable and less corrupt is one of the best investment in the country’s future,” concludes Šimon Pánek.