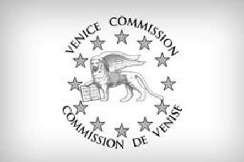 The Venice Commission of the Council of Europe has published a review of the changes made to the legislation of Azerbaijan on NGOs. According to radio "Azadlig", the report, published on December 15, said that on September 29 the Council of Europe Secretary General Jagland Tyornborn asked the VC to give an opinion on the adopted amendments. The paper noted that the delegation of the VC could not visit Azerbaijan to get acquainted with the situation, in spite of the pre-sent an appeal to the authorities of the country.

On October 15 Secretariat sent a message to the authorities to accept and assist the delegation, but an invitation from the official Baku has not been received. For this reason, the visit did not take place. Thus, the President approved the changes, without consulting the views of the VC, the report notes.

It is further reported that in Azerbaijan there are 2700 registered, and  about one million unregistered NGOs. Independent NGOs dealing in  human rights in recent years are repressed, and their situation has worsened.

The Council of Europe Commissioner for Human Rights Nils Muzhnieks also noted the deteriorating situation for NGOs in the country in light of the tightening of legislation.

The country's authorities have ignored all previous recommendations of the VC regarding the NGO legislation. Moreover,  representative offices of foreign NGOs working in the country were subjected to pressure.

"Such restrictions have negative impact on civil society, and especially those involved in human rights and democracy," reads the report.

The VC considers wrong the adopted restrictions on branches and representative offices of foreign NGOs, and considers it necessary to simplify the procedure for registration of local NGOs to cancel adopted so far restrictive amendments. It is also necessary to reconsider the amendment restricting the funding of NGOs by foreign donors. Interference in the internal structure and function NPOis unacceptable.